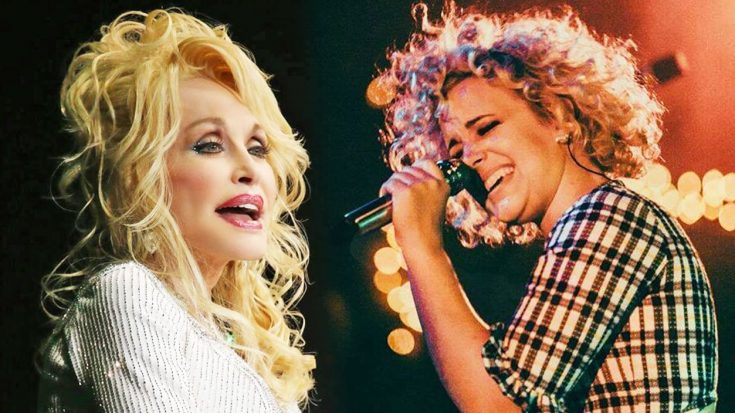 For decades now, we have heard Dolly Parton sing the heartbreaking song “Jolene,” about a woman who was getting a little too friendly with her husband. Parton begs the woman not to take her husband away from her.

Now, almost 45 years after its release, one country star released a single in response to “Jolene,” called “Diane.” Cam, the bubbly blonde responsible for the massive hit “Burning House” and follow-up single “Mayday,” has been teasing new music to her fans and fully came through with a Parton-inspired track.

On Monday (Oct. 23), Cam announced the new song’s Friday, October 27 release with the caption, Can’t wait for you to meet her…”

Cam tells the story from the perspective of Jolene, “the other woman,” and apologizes to Diane, the woman married to the man she is having relations with, but honest to goodness had no clue he was married.

“Diane, I promise I didn’t know that he was your man/I would’ve noticed a gold wedding band/Diane, I’d rather you hate me than not understand,” Cam sings in the catchy chorus.

She explained her writing process and the meaning behind the song to Nash Country Daily.

“‘Diane’ is my response to Dolly Parton’s ‘Jolene’,” Cam told the publication. “It’s the apology so many spouses deserve, but never get. The other woman is coming forward to break the news to the wife about an affair, respecting her enough to have that hard conversation, once she realized he was married. Because everyone should be able to decide their own path in life, based on the truth. Women especially should do this for each other, since our self-worth can still be so wrapped up in our partners. And in true country fashion, I’ve set the whole raw story to upbeat music, so you can dance while you process it all.”

She wrote the song with Jeff Bhasker and Tyler Johnson, the same team she penned “Burning House” with. The song has an upbeat tempo with an awesome drumline that almost resembles a horse galloping.

After hearing Jolene’s side of the story, it’s really hard to be mad at her for messing around with Diane’s husband! Take a listen to “Diane” below.