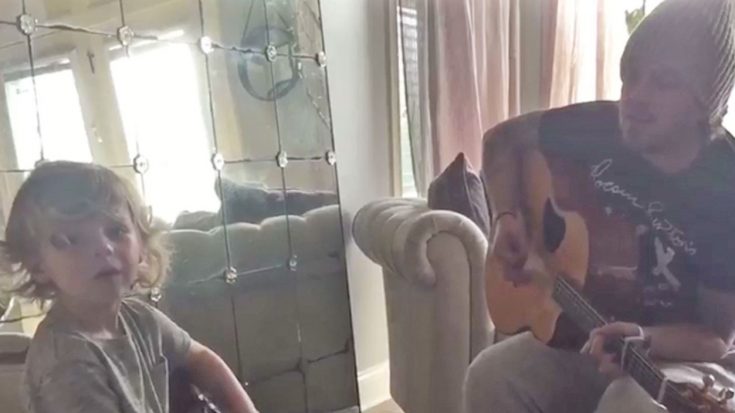 He’s still a toddler, but he’s already making a name for himself!

3-year-old Jett Barker Liles is well on his way to becoming a country star, thanks to videos his dad, Stephen Barker Liles of country duo Love and Theft, has uploaded on social media.

Jett has previously performed “Whiskey On My Breath” while strumming his own guitar, and sang along with his dad to Love and Theft’s hit “Runaway“. Jett’s last solo project was over New Year’s weekend when he found a large stick and pretended it was his guitar while he sang the band’s No. 1 song “Angel Eyes“.

The toddler is back and singing the latest Love and Theft single with his dad, and it’s their cutest collaboration yet!

Performing “Love Wins“, Jett and Stephen both played guitar and sang the powerful lyrics in this super sweet duet.

Watch their living room performance below.