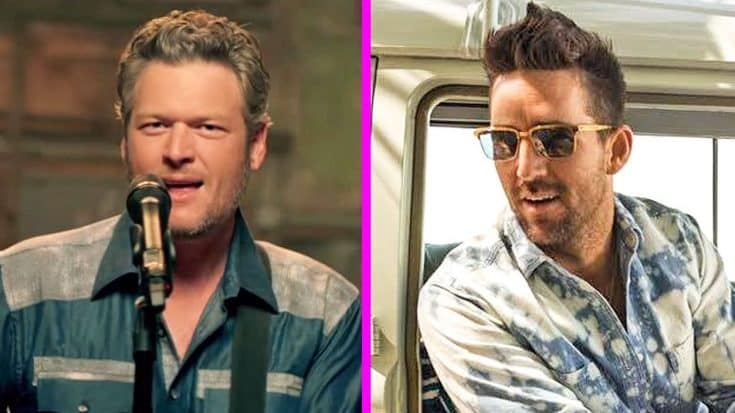 2015 was a rough year for both Blake Shelton and Jake Owen. In July, Shelton and his wife, country superstar Miranda Lambert, divorced after four years of marriage. A month later, Owen announced on Twitter that he and his wife of three years, model Lacey Buchanan, were divorcing.

After going through such a rough time, both Shelton and Owen turned toward music to help them through. Shelton released an album earlier this year, and Owen is set to release a new album titled American Love on July 29.

In light of his personal life, one of Shelton’s singles from his new album got people talking. Called “She’s Got a Way With Words,” the song is told from the point of view of a man who was wronged by the woman he loved, as he uses a series of words to describe how she made him feel:

The song generated a lot of attention, with many wondering if Shelton was speaking about Lambert in the song. But as it turns out, Shelton had no part in writing “She’s Got a Way With Words.” Instead, the track was written by the songwriting trio of Wyatt Earp, Andry Albert, and Marc Beeson, and was actually offered to another artist before Shelton picked it up.

Believe it or not, Owen was offered the song before Shelton eventually snatched it up. Obviously, Owen didn’t end up recording it, and he recently opened up about the reason why.

Knowing about his divorce, songwriters kept pitching songs to Owen about breakups. But Owen shared that he turned them all down, including “She’s Got a Way With Words.” During an interview, Owen revealed he didn’t want his fans or Buchanan to get the false impression that the song portrayed his feelings about his divorce.

“If I record this song and I’m taken literally — I don’t want my ex to perceive I did that to her,” he said.

After Owen passed on recording the song, Shelton picked it out for his album, If I’m Honest, saying that the brutal honesty of the lyrics is what drew him to the song.

“In fact, it’s so true it stings a little bit and at the same time it’s funny,” he said in an article posted to his official website.  “It’s one of the funniest songs I’ve ever heard in my life.“

The song that Owen passed on is currently helping Shelton make his way up the charts. He also released a music video for the song in June, which you can watch below.

What do you think of Owen’s comments? Were you surprised to hear that he was offered the song before Shelton?