By Manly Bryant on September 22, 2017
Advertisement 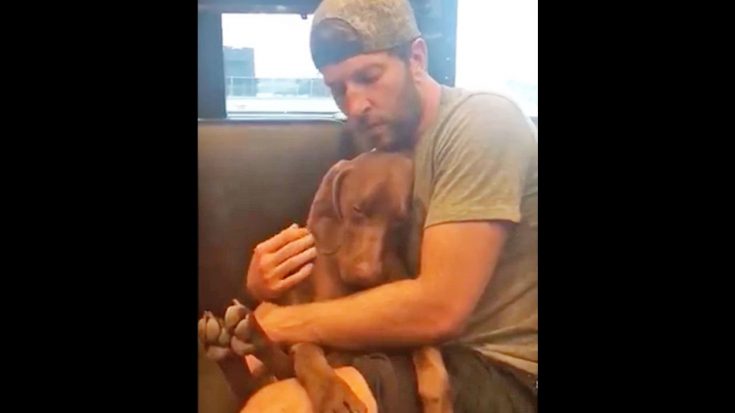 Brett Eldredge secured his status as the best single dog dad with a swoon-worthy video shared to social media featuring him serenading his adorable pup Edgar to sleep with a gorgeous rendition of “You Are My Sunshine.”

“Please don’t take my sunshine away…” Eldredge captioned his heart-melting video. The country singer holds sweet Edgar tight while expertly singing him the lullaby, Eldredge gazing lovingly at his dog-son throughout the entirety of the video.

The country singer quickly earned a reputation as an obsessed dog dad shortly after adopting Edgar, taking his puppy with him virtually everywhere he went. Last year while performing at Watershed Festival, Eldredge took Edgar out on stage with him, Edgar seated in a puppy backpack while the country singer performed to a cheering crowd.

Trying to train EDGAR on how to be a STAR! Whataya think!? @watershedfest #sheddersforlife (full video on my facebook)

Eldredge adopted his purebred Weizsla, Edgar Boogie, back in 2016, the puppy’s Instagram account quickly accumulating a staggering following with over 80,000 followers to date. The account helped the “Something I’m Good At” singer earn a nomination for “#SocialSuperstar” at the 2017 CMT Awards.

In addition to his most recent video, the country singer uploaded a similar video last year in August, singing “Make You Feel My Love” to a snoozing Edgar when he was just a few

You can watch the adorable video below.

Please don't take my sunshine away…