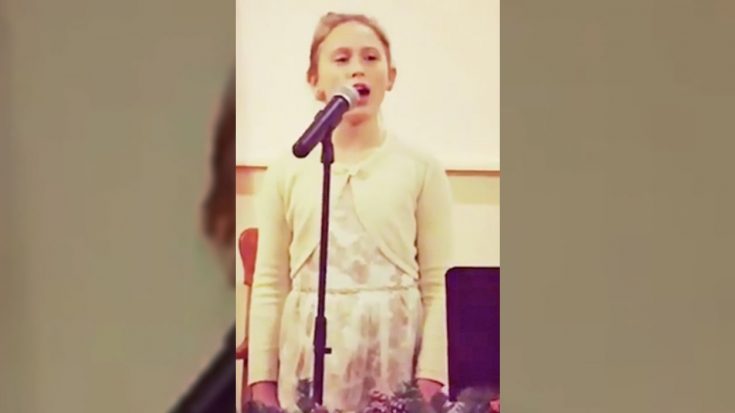 It looks like this blonde cutie is following in her famous mama’s footsteps!

Performing at her very first voice recital, young Daisy Schlapman, sang the holiday favorite “Have Yourself A Merry Little Christmas,” a song that her country singing mama has performed many times.

She is the daughter of Kimberly Schlapman, a member of the award-winning quartet Little Big Town. Like many other moms at the voice recital, Schlapman filmed her daughter’s performance and posted the video on Facebook. Unlike many other moms, though, her following on Facebook is almost 85,000 people.

The short video, which already has over 8,000 views on Facebook and another 27,000 on Instagram, was well-received by Schlapman’s fans, some calling Daisy’s voice “angelic.”

“So proud of my little songbird. She had her first voice recital tonight. She made us so proud!” Schlapman wrote accompanying the video.

For being around ten years old, Daisy is well on her way to becoming the next generation’s resident country star, and who knows, maybe Daisy will join Little Big Town for a special performance at an upcoming show! Watch her sweet performance below.

So proud of my little songbird. She had her first voice recital tonight. She made us so proud! ❤️