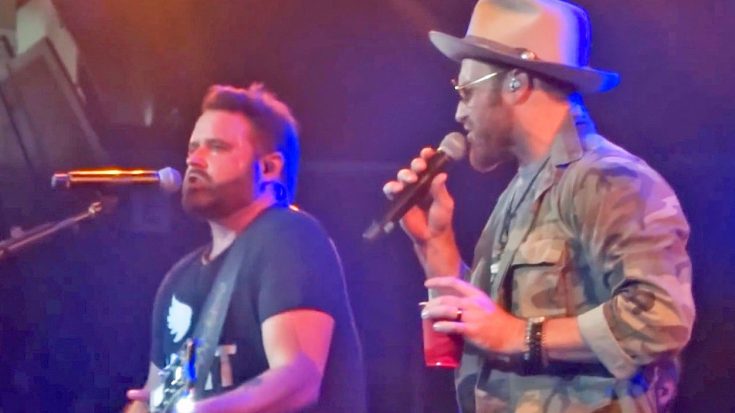 There’s no denying the fact that Randy Houser has one of the most powerful voices in country music right now. But he may have met his match in rising star Drake White, who gave him a run for his money during a collaboration on Lynyrd Skynyrd‘s “Simple Man.”

Skynyrd fans likely recognize Randy from the One More for the Fans! special in 2014. Countless stars performed during the special, which honored Skynyrd’s rich musical past. Randy played a big part in the concert, since he had the responsibility of covering “Whiskey Rock A Roller,” and he killed it!

Randy has also rocked the country music charts and generated countless hits, such as “We Went” and “How Country Feels.” As for Drake, he’s been making waves with his debut album, Spark, which reached the 4th spot on the Billboard country charts and contains the hit single “Livin’ the Dream.”

During a performance on October 22, Randy and Drake combined their vocal talents on “Simple Man,” and the crowd went wild. Randy started off singing first, pouring heart and soul into each word.

But when Drake made his entrance, the moment can only be described as chill-inducing. He took absolute command of the stage, and blew everyone away with his passionate delivery.

Of course, the most powerful moments came when Randy and Drake sang together. The result was an overwhelming, booming sound that filled up the entire room.

Needless to say, the crowd was stunned by Randy and Drake’s cover of “Simple Man,” and we’re sure you will be too! See and hear for yourself in the clip below.