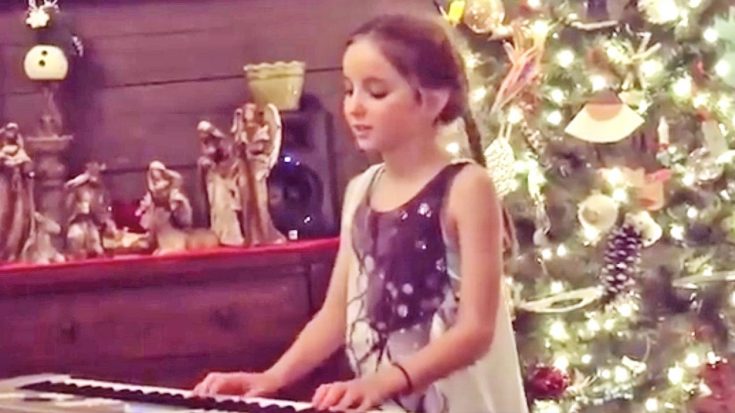 As is often the case, the children of country singers end up falling in love with music themselves. Since they’re surrounded by music from day one, they usually begin singing at an extremely young age, just like one country stars’ daughters have.

To us, Craig Campbell is the singer who serves as the voice behind country hits such as “Outskirts of Heaven,” “Fish,” and “Keep them Kisses Comin’.” But to his daughters Preslee and Kinni Rose, he’s simply “daddy.”

Both Preslee and Kinni have already started to show a love for music, and they’re just youngsters. Even though they seem interested in music, Craig told Nash Country Daily that neither one has said anything about wanting to become a singer one day.

However, Craig fully believes that Preslee will realize that she has what it takes to make it as a musician and singer:

“I have a feeling when Preslee realizes how much she does love it and being able to play and sing in front of an audience and get the responses like I’ve gotten—that’s kinda how I got hooked—she’ll get involved. She’s already writing songs. Her and her mama wrote a song called ‘Prayers Go Up, Blessings Come Down.’ Music, I think, will be a part of her life somehow.”

If you’d like to see proof of Preslee’s talent, all you have to do is tune in to the video below. This video was shared by her mom, Mindy, and shows the fourth grader singing one of the most beloved songs of all time, “Jesus Loves Me.”

The lyrics to “Jesus Love Me” date back to 1860, which is when they popped up in a novel titled Say and Seal. Two years later, the music and chorus was added, and it became the song we know today.

Since “Jesus Loves Me” is typically associated with children, it’s always so sweet to hear a child sing it. Such is the case when it comes to Preslee’s performance of the hymn, which was as blissful as could be.

Standing in front of a twinkling Christmas tree and a Nativity scene, Preslee began plucking out a few notes on a keyboard positioned in front of her. After a short instrumental introduction, the young girl started singing, placing the beauty of her voice on full display.

We would continue to describe the video, but we feel it’s best for you to witness it yourself. It will only take a matter of seconds for Preslee’s angelic voice to warm your heart!