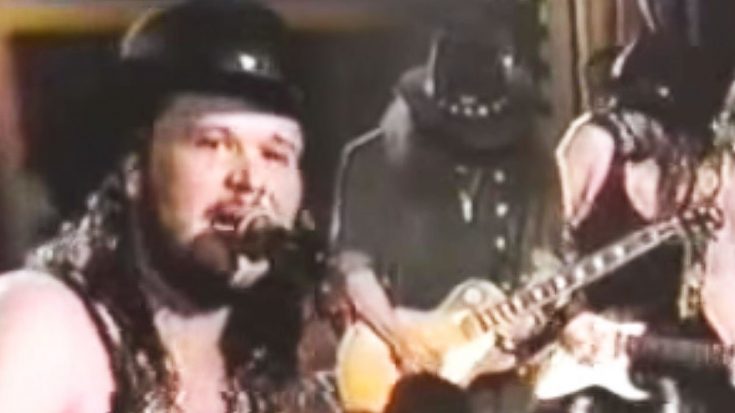 That’s exactly what country superstar Travis Tritt did. Travis has built his image as being one of the “outlaws” in the country scene. Because of this, his music is inspired by some of the great outlaws such as Johnny Cash and Waylon Jennings. But anyone who listens to his music can hear a bit of Southern rock in there, and there’s a reason for that.

It turns out that Lynyrd Skynyrd is one of Travis’ musical heroes. His respect for the band has led to him collaborating with them on numerous occasions, particularly with guitarist Gary Rossington.

When these two major talents join forces on stage, they like to play a little J.J. Cale tune called “Call Me the Breeze.” It’s a song that Skynyrd’s had in their arsenal for years, and they’ve managed to make it completely their own.

Travis’ voice lends itself well to the Southern rock sound of “Call Me the Breeze,” as you’ll soon hear when you watch the performance below. This performance is one of many that have taken place between Travis and Gary over the years, and we think it’s the best one out there.

The clip features a short interview with Travis, as he speaks about how awesome it is to perform with Gary. “Every time I get the chance to play ‘Call Me The Breeze’ with Gary Rossington, it’s a thrill for me,” he said.

It will be a thrill for you to watch their collaboration in the video below. Just as Gary tears up his guitar during the performance, Travis tears up each and every note.

No one can match Ronnie and Johnny Van Zant when it comes to singing Skynyrd’s songs. However, this performance proves why Travis comes in right behind them. Just listen to how much soul he puts into that thing!

Enough talk. Head on down to the video below to witness the meeting of two music masters on one stage. Folks, it doesn’t get much better than this!