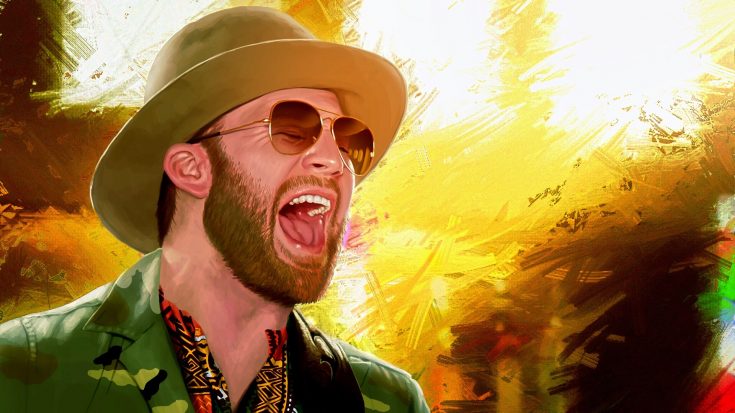 One of the hottest acts in country music right now is Alabama-native Drake White. White got his start in 2011, and began opening shows for major artists such as Luke Bryan, Eric Church, and Lynyrd Skynyrd. In no time at all, White quickly established himself as a force to be reckoned with.

Both “Livin’ the Dream” and “Makin’ Me Look Good Again” are included on White’s debut studio album, Spark. Released in August 2016, the album contains a total of 12 tracks, 11 of which were co-written by White.

In addition to performing his own material, White has become known for his skillful covers of other artists’ work. During an appearance at the famed Bluestone music venue in Columbus, Ohio, White took the time to sit down and deliver a soul-piercing cover of a Marshall Tucker Band classic titled “Can’t You See.”

“Can’t You See” was released as the first single off of the Marshall Tucker Band’s debut album in 1973. Following a 1977 re-release, the song appeared at the 75th spot on the Billboard Hot 100.

Waylon Jennings turned the song into a major country hit when he covered it in 1976. His recording climbed as high as the fourth spot on the U.S. Hot Country Songs chart and was a number one hit in Canada.

For his cover, White perfectly balanced his performance so that it still honored the Marshall Tucker Band’s original, but also contained some of his personal style. White is known for his soulful, bluesy vocals, and “Can’t You See” allows him to showcase that sound.

As proof of his immense talent, White had nothing but his own guitar to back him up. The acoustic arrangement placed greater focus on his voice, which rang throughout the room as he sang.

Overall, we feel this is a fitting tribute to an iconic song not just country music history, but music history as a whole. Now it’s time for you to see what you think by checking out White’s cover of “Can’t You See” in the video below.

If you like what you hear in the video, we’re sure you’ll enjoy the songs on White’s album, Spark. Get your copy here so you can start listening to more quality country music!