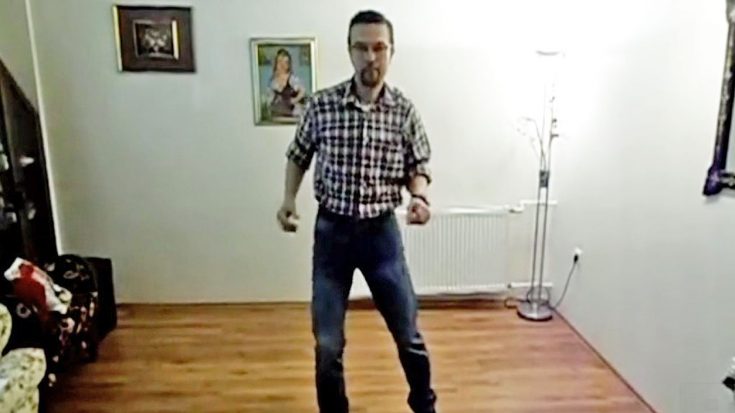 The Allure Of Conway Twitty

Conway Twitty was never afraid to push the envelope when it came to the types of songs he recorded. Many of Conway’s singles were considered a bit risqué for the time, but they proved to be too irresistible.

One of Conway’s steamiest songs was his 1981 single “Tight Fittin’ Jeans.” Written by Michael Huffman, the song tells the story of a rich woman who dresses in jeans and enjoys a fun night out at a country bar.

The peppy tempo of “Tight Fittin’ Jeans” makes it the perfect song to groove to, and country fans have been dancing to it for decades.

There are even some choreographed line dances to the song. One of these line dances is actually a solo routine put together by a cowboy with some smooth moves.

Y’all Will Want To Learn This Dance

Operating under the name Oscarthecowboy on YouTube, this fella proves that you don’t need to be in a big group to enjoy line dancing!

He filmed his routine from what appears to be his living room, and proceeded to dance as if no one was watching.

Oscar uploaded the video for other people to learn from, but it’s clear he did it for fun as well. He was seriously strutting his stuff in this routine!

Once you watch the video a few times, you’ll be able to dance to “Tight Fittin’ Jeans” with just as much precision as Oscar. Even if you’re not a dancer, you’re sure to get a real kick out of seeing Oscar dance, because he’s that much fun to watch!

Go ahead and tune in below to see Oscar’s skillfully danced routine to Conway’s “Tight Fittin’ Jeans.” Let us know if you try the dance yourself!