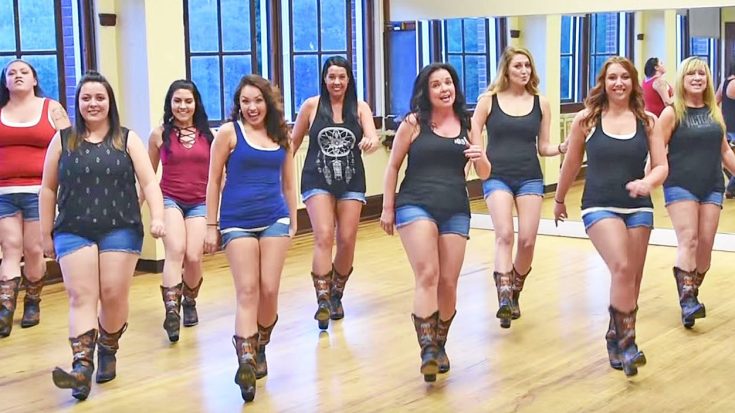 All of the Boot Boogie Babes’ routines are choreographed by DeAnna Lee. While Lee makes sure to stay true to line dancing roots, she also throws in a few more “modern” steps into her routines, such as hip movements and snaps.

Those who have admired Lee’s choreography before finally got the chance to watch her in action when she shared one Boot Boogie Babes video. This video shows Lee and the group teaching a demo of their line dance to Sam Hunt‘s “Body Like a Back Road.”

“Body Like a Back Road” is the most successful single of Hunt’s career, and shattered records left and right. In June 2017, the song became the longest-running number one single by a solo country artist, breaking a 55-year-old record previously held by Leroy Van Dyke’s “Walk on By.”

In July 2017, “Body Like a Back Road” became the longest-running number one single in Hot Country Songs chart history when it remained in the top spot for over 24 weeks. The record was previously held by Florida Georgia Line with their crossover hit, “Cruise.”

Since the Boot Boogie Babes typically craft routines to modern country hits, “Body Like a Back Road” was the perfect candidate. Lee choreographed a fast-paced routine with plenty of flair, which she teaches you in the video below.

The first part of the video shows Lee and the Boot Boogie Babes teaching a demo of the dance without music. This slightly slower pace gives you the chance to catch all of the steps before they jump into the dance.

After that, Lee and the Boot Boogie Babes show off their moves as they dance along to “Body Like a Back Road” playing. You can tell from the smiles on their faces that they were having a ton of fun! We can see why, because this line dance looks like a blast.

Tune in below to let Lee and the Boot Boogie Babes teach you how to let loose in what may be one of their best dance routines yet! Let us know what you think of the choreography if you try it!