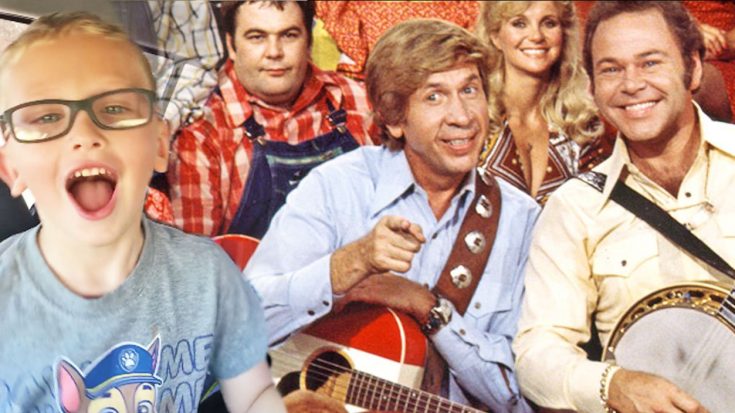 Seems like everyone has been joining in on one of the latest crazes, Carpool Karaoke, even 4 year olds! The cutest little 4-year-old boy sang the most adorable cover of “PFFT! You Was Gone!” ever from the backseat of a minivan.

Smiling ear to ear, the young boy sang his heart out to the country classic his “pawpaw” taught him, according to the video description on YouTube. This short video will absolutely have you begging for an encore from this little guy.

“PFFT! You Was Gone!” is a comedic duet that was featured on the premiere episode of Buck Owens and Roy Clark’s television variety show, Hee Haw. The song was originally performed by Archie Campbell and Gordie Tapp but was repeatedly played throughout the series.

“Where, oh where, are you tonight? Why did you leave me here all alone?” they would sing. “I searched the world over, and I thought I’d found true love/ You met another, and PFFT! You was gone!”

The song would often be played on episodes where a major star was making a guest appearance, in which the cast would then incorporate he or she’s name into the skit.

You can watch the adorable cover in the video below!