By Miranda Raye on January 10, 2017
Advertisement 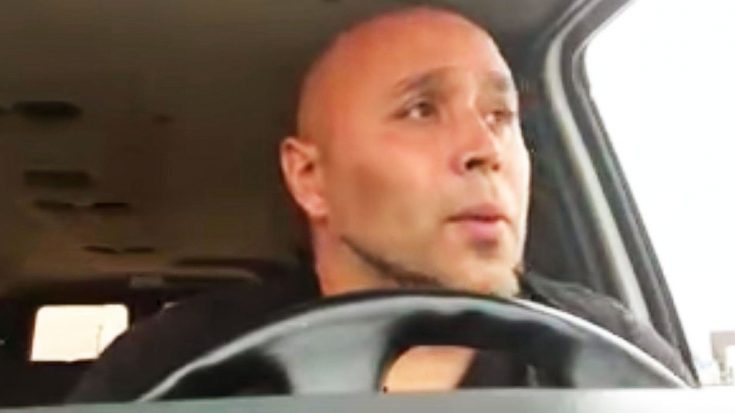 If you haven’t heard of Kris Jones by now, then you’ve been hiding under a rock. The Texas father’s life changed forever when his cover of the George Jones/Chris Stapleton hit “Tennessee Whiskey” went viral. As of press time, the YouTube video of the cover has over 7 million views.

Stunned by the whole thing, Jones addressed the success of the “Tennessee Whiskey” cover in a new video.

“I’m completely amazed, baffled, knocked off my feet that this thing’s done what it’s done,” he said.

As a further thank you to his new fans, Jones shared another cover for everyone to enjoy. This time, he decided to sing a song of his wife’s choosing, Lynyrd Skynyrd‘s “Simple Man.”

One of Skynyrd’s most popular songs, “Simple Man” has been covered by many aspiring artists. But we have a feeling that Jones’ rendition will go on to become one of the most-viewed, considering the success of his “Tennessee Whiskey” cover.

Sitting in his truck in a church parking lot, Jones belts out “Simple Man” like a pro. The way he powers through the chorus is particularly remarkable.

Jones’ voice contains the perfect blend of soul and grit for “Simple Man.” We think his wife hit the nail on the head when she suggested it to him to sing!

Tune in below to watch Jones offer his take on “Simple Man.” There are big things in store for this guy, that’s for sure! If you’d like to keep up with his latest news and videos, be sure to follow his Facebook page here.