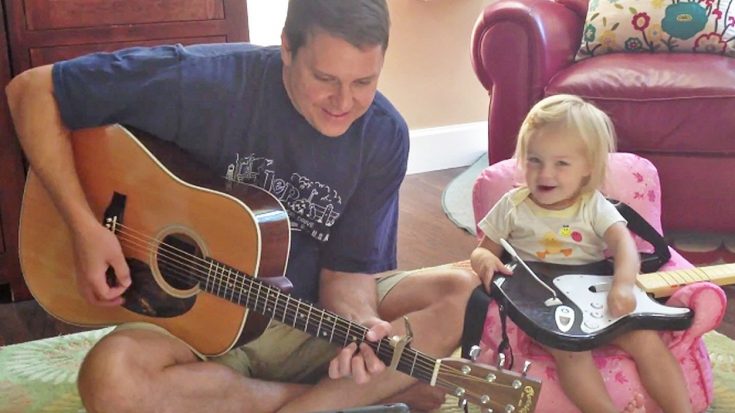 There really isn’t anything like the bond shared between a father and his daughter. An adorable baby girl and her doting father’s duet to John Denver‘s classic song “Take Me Home, Country Roads” in one of the most magical videos to ever be recorded.

Taking place in August of 2013, the father-daughter duo with an intense musical bond sat on the living room floor together both armed with their respective musical instruments before breaking out into song. The father takes lead on the acoustic guitar, gazing admiringly at his tiny daughter holding a toy guitar.

Since the release of the star-studded video for “Forever Country,” the internet has exploded with covers of the country medley’s base-song “Take Me Home, Country Roads.” Among the thousands of covers of Denver’s classic, this adorable moment shared between these two is by far the sweetest.

“Take Me Home, Country Roads” was released by Denver in 1971 on his breakout album Poems, Prayers & Promises. The song is regarded as an iconic symbol of West Virginia and was officially named the state’s anthem in 2014.

You can watch their heart-melting rendition below.