Dale Jr. Reveals His True Feelings About His Wife Driving The Pace Car 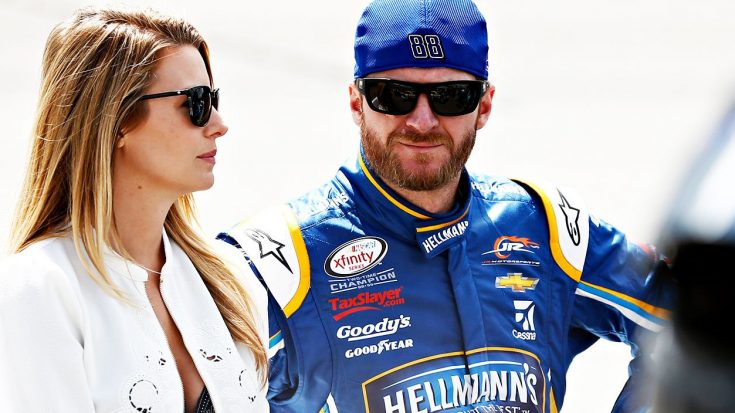 Having been married for just 10 months now, this famous driver and his wife Amy are now going to be on the track at the same time!

Dale Earnhardt Jr. is coming upon the last few races of his career as a stock car driver and joining him at Martinsville Speedway for the NASCAR First Data 500 will be his beautiful new wife, Amy Earnhardt.

While Amy won’t be competing against her hubby in the race, she will be getting behind the wheel of the pace car – an honor that Dale Jr. says “ya can’t pass!”

Announced earlier this week, Amy’s stint behind the pace car will be her first time as leader of the pack, but not her first time driving a race car! In 2014, Amy took a spot in the Better Half Dash – a race for charity at Charlotte Motor Speedway.

Reacting to the announcement, Dale Jr. expressed his feelings on having his wife lead the cars in this upcoming race.

She asked me what I thought. Ya can’t pass on a chance to drive the freakin pace car! I’m proud. She’s amazing. ? https://t.co/DnWPtWuSiw

Amy herself spoke to NASCAR about being offered the spot as pace car driver and how excited she was for the opportunity.

“I was very excited when the track approached me about driving the pace car,” she said. “Martinsville is one of Dale’s favorite tracks and seeing how happy he and the team were in Victory Lane in 2014 is something I’ll never forget. I appreciate the track letting me be a small part of Dale’s last race at a place that means so much to him.”

Watch the video of Amy Earnhardt preparing for The Better Half Dash below.