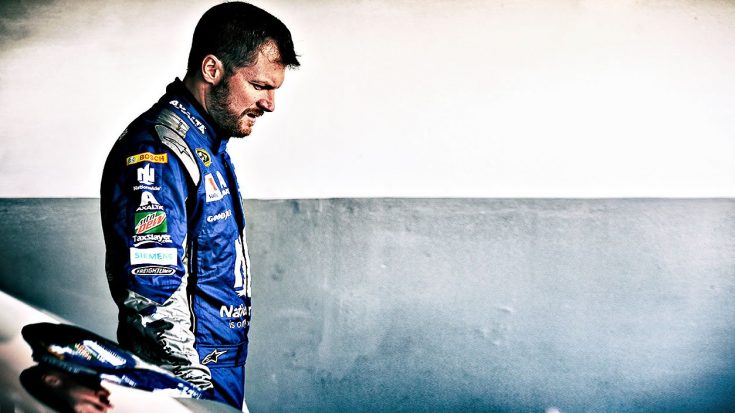 At the tail end of his very last season in NASCAR, this favorite driver hasn’t had a great year – and his sister explains how, she says, it’s been “depressing.”

During this past weekend’s Southern 500 at Darlington Raceway, an event at which the track christened the towers sitting at Turn 3 the “Earnhardt Towers,” Dale Earnhardt Jr.‘s sister, Kelley Earnhardt Miller opened up about his closing season.

While Dale Jr. has been fighting to keep pace with many of the other drivers and he’s truly been giving it his all, this last season for him hasn’t gone out the way he had hoped – and the way many Dale Jr. fans had hoped.

“It’s been fairly depressing,’’ Kelley told NBC Sports. “It seems like it’s just some luck things that happen here and there, and things that are beyond his control. It’s certainly not the season of how I know that he would want this last season to be. It’s not a lot to write home about lately, so it’s been pretty depressing and disappointing.’’

With his season not going how he wanted, she also confesses that she’s tried to help him keep his chin up every so often – sending him a text message and reminding him that things will get better and she’s thinking of him.

“We’ve sat in a lot of meetings this year where I have to remind Dale that he’s a pretty special athlete,’’ she added.

Dale Jr. is finishing up his career as a NASCAR driver, and its fan-voted most popular driver after sustaining a serious head injury and concussion last season. He missed the last half of the season, and returned for his final run during the 2017 season. After the NASCAR Cup Series ends, he will be seen in just a couple previously-contracted races in the Xfinity Series before fully retiring.

What do you think about his final season on the track? Are you disappointed by it? Let us know in the comments and check out Dale Jr.’s post-race video below.