By Miranda Raye on September 1, 2017
Advertisement 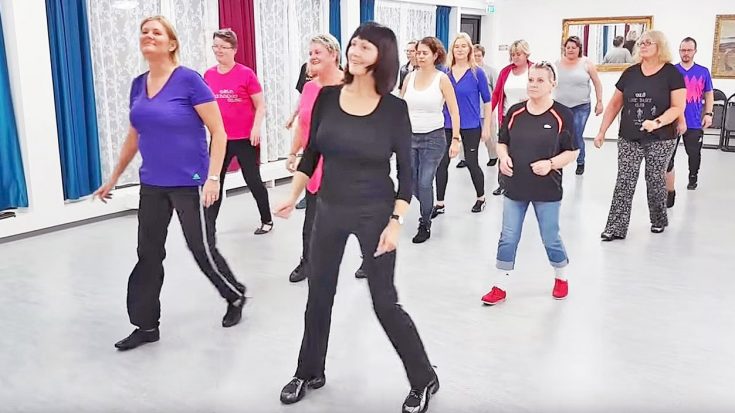 There’s a whole host of country songs out there that are worth line dancing to, and many of those songs were recorded by George Strait! While we’ve seen people getting their groove on to everything from “All My Ex’s Live in Texas” to “Amarillo by Morning,” one of our favorite Strait-themed line dances is set to “Write This Down.”

Released in March 1999, “Write This Down” was the second single off of Strait’s album Always Never the Same. It was a career-defining single for Strait, as it became his 35th number one hit.

In addition to reaching the top spot on the U.S. country chart, “Write This Down” was also a number one country hit in Canada. It was a crossover success as well, peaking at the 27th position on the Billboard Hot 100. Overall, “Write This Down” ranked as the second-best country song of 1999 in the U.S.

Since the song was so popular, you can bet your boots that people started crafting line dances to it from the start. Country folks are still inventing new line dances for “Write This Down,” as you can see in the video we have to share with you.

This particular dance was choreographed by Ann-Kristin Sandberg and is considered to be an ideal routine for beginners. Sandberg got a group of dancers together to show off the steps, and shared the video to YouTube in November 2016.

“Write This Down” isn’t a fast song by any means, so you shouldn’t have any trouble following the dancers as they go through their routine. The moves repeat themselves frequently, and feature simple steps, scuffs, twists, and claps.

The routine seems so easy to pick up on that we wouldn’t be surprised if you’re able to start dancing along in a minute or less. Go ahead and hit “play” on the video below to test out your dancing skills. Let us know what you think of the routine once you’re done!