Danica Patrick Confesses She Only Owns One Car 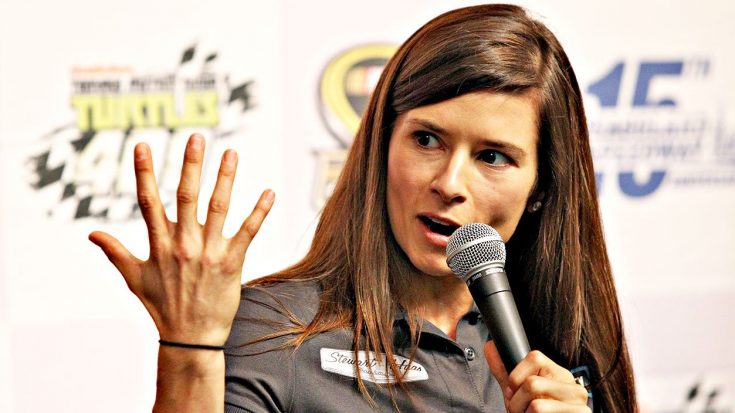 For being one of NASCAR‘s most-recognizable faces and a motorsport star, shockingly, she only owns one set of wheels – and you’re not going to believe what it is!

Speaking to The Street during an event sponsored by Excedrin, Danica Patrick confessed that she only owns one car – not a garage full of wicked rides like many people would think.

Couple of real excited kids to fly on a private plane to Green Bay and “cheer for the green team”. ? ??

“I’m just not a car person,” Patrick told the outlet, adding that she likes to race but isn’t a total gear head. “If someone says ‘I got a V8 Hemi,’ whatever. I don’t know what the heck to say.”

That mindset is clearly true for her at home, where she says she only owns a single vehicle – and her car would be a dream come true for some gear heads!

I should get one so @stenhousejr and I could have a his and hers @fordperformance GT. ??

“I only own one car, a Lamborghini sitting in storage that I bought a long time ago,” She continued. “I drive a Ford Expedition, but I don’t even own my Expedition. [My sponsor] Ford does.”

As part of throwback weekend at @darlingtonraceway this weekend I threw back to my very first paint job on a helmet! I still like it!

Patrick’s 2007 Lamborghini Gallardo, which retailed for around $202,000 used to be her daily driver when she was taking time off the track, but after an incident picking up her sister from the airport, she retired the fast and fancy ride into storage.

“I just needed something more practical,” Patrick said in a 2012 interview. “It sounds stupid but there are no cup holders in my Lamborghini. So what’s a girl to do?”

“The last straw was probably having to pick up my sister at the airport in a Lamborghini,” she added. “I couldn’t have felt more stupid. I’m serious. I felt so stupid. She’s got bags. I don’t have a trunk. I’ve got a briefcase-sized spot in the front of the car. I have no space.”

I should get one so @stenhousejr and I could have a his and hers @fordperformance GT. ??

Nowadays, Patrick says she enjoys a lot more of the creature comforts offered by cars and there are only a few requirements she has for a vehicle: “a car that looks nice, has a decent launch speed off of a red light, is comfortable, and has creature comforts.”

Check out the kind of Lamborghini Patrick owns as well as her full interview in the videos below!