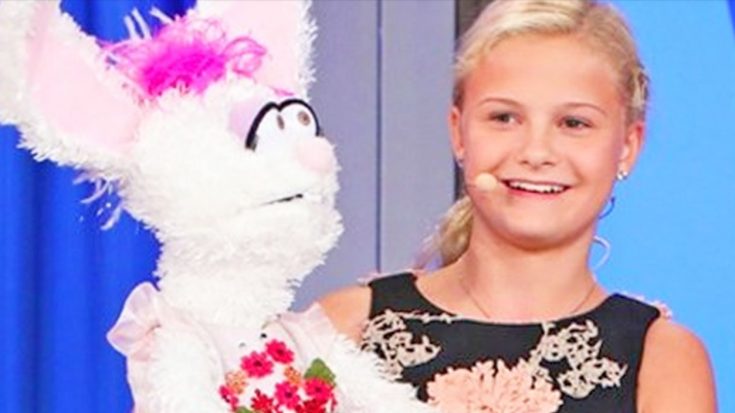 After being crowned the champion of Season 12 of America’s Got Talent, ventriloquist Darci Lynne Farmer was able to be a headlining act in her very own Las Vegas show.

She brought along her puppet pals that we have gotten to know thanks to her performances on the America’s Got Talent including flirty Edna, shy Oscar, and of course, the energetic Petunia!

Darci Lynne surprised audience members by preparing a new song for Petunia to sing. After bringing out the cute white bunny, Darci asked her what she’d like to do next.

“I thought it would be nice to do some Italian opera!” she said.

“I’m only 13 years old, I don’t know anything about opera. Besides, I don’t speak Italian,” Darci told Petunia, to which she responded, “Sure you do! Haven’t you ever been to Olive Garden?”

Petunia showed off all the Italian she knew thanks to the dishes served at Olive Garden like rigatoni, spaghetti, lasagna, and linguini.

Petunia somehow convinced Darci to sing the Italian opera and completely stunned the sold-out audience. After just a few lyrics, the audience went wild, shocked by the young teenager’s talent.

She continued to sing the beautiful soprano opera that had her hitting notes we weren’t even sure were humanly possible, keeping a perfect vibrato throughout the entire performance!

Turns out she does know a thing or two about opera! Watch her absolutely incredible performance below.