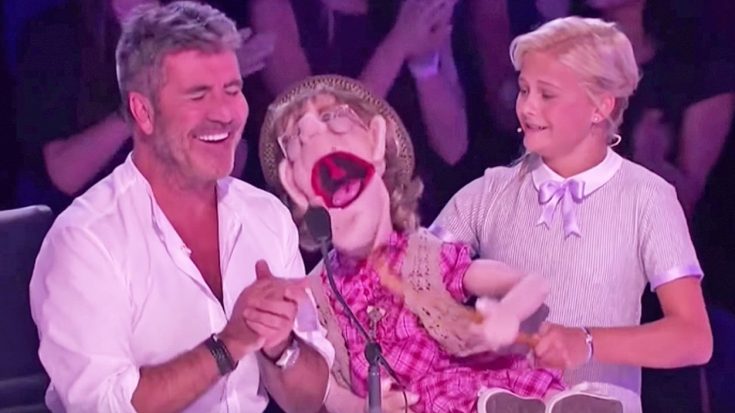 Singing ventriloquist Darci Lynne Farmer made history in 2017 as one of the youngest contestants to ever be named the winner of America’s Got Talent.

During her stay on America’s Got Talent, some of her talented puppets developed crushes on the superstar judges. In one of her early performances on the hit talent competition, the 13-year-old’s elderly puppet Edna revealed she only had eyes for Simon Cowell.

“Where’s that Simon feller?” the puppet asked “Oh my my my my my. He’s a hit with the ladies in their eighties back at the home you know.”

In an attempt to express to Cowell how she feels, Edna serenaded the man of her dreams with Aretha Franklin’s “Natural Woman.” Midway through the flirty serenade, Darci Lynne carried Edna over to Cowell so she could get up close and personal to the British judge. Cowell was blushing and laughing by the end.

Since charming the nation with the help of her adorable puppets, the 13-year-old has made multiple high profile appearances including A Very Pentatonix Christmas, headlining her very own sold-out show at Vegas’ Planet Hollywood, and even hit the road on her first-ever tour in 2018.