By Miranda Raye on April 21, 2016
Advertisement 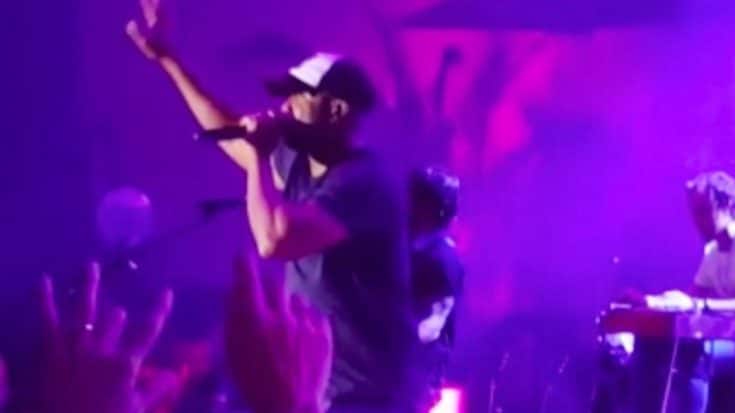 When news broke that Prince had passed away in April 2016, the entire music industry was devastated.

In the country music community, perhaps no other artist was more heartbroken than Darius Rucker, who frequently covers Prince’s hit song “Purple Rain.”

After learning about Prince’s death, Rucker spoke to Rolling Stone about how the legendary singer inspired his own musical path.

“He made me stand up and listen when the ‘Controversy’ album came out,” Rucker said, referring to Prince’s fourth studio album. “And then he made me want to be in a band more than anything with ‘Purple Rain.’ I will forever be indebted to him for showing me true greatness.“

He Had Even More Kind Words & A Song To Share

Rucker also tweeted about his appreciation for Prince, calling him one of his “absolute idols.”

Once again Heaven's band just got even more incredible. One of my absolute idols #Prince. Thank u for showing me what true GREATNESS is!!

Once Rucker found his own claim to fame as the frontman of Hootie & the Blowfish, and later as a solo country artist, he continued to hold Prince in high regard. It wasn’t an uncommon thing for fans to hear Rucker cover “Purple Rain” during his own shows.

During a private concert in San Juan, Puerto Rico on January 16, 2016, Rucker performed the song yet again, much to the delight of the crowd. The lights surrounding Rucker were lit up in a bright purple color, which added further to the mood of the song.

Even though the performance took place before Prince’s death, you can still feel Rucker’s emotional connection to the artist he admired as an idol.

Prince would have been proud of Rucker’s cover, since he put a great deal of passion behind his performance. We’re sure that every time Rucker covers “Purple Rain,” from this point forward, it will be a touching experience for him and everyone else involved.

You can watch Rucker perform “Purple Rain” below.