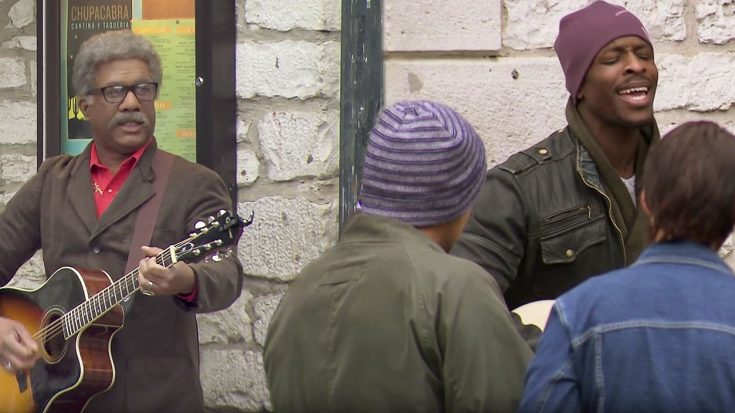 Country music star Darius Rucker was in quite the strange situation when an encounter with a street performer led the artist to lose a friendly fight for victory!

Taking to the streets to acquaint himself with the local talent, Rucker took on the role of a talent scout seeking promising performers. The country singer soon came face-to-face with a busker named Dimiyr, a breathtaking musician who had quickly attracted a tentative crowd of bystanders with his smooth vocals.

Rucker, in a full disguise and going by the false name Jackie Middleton, approached the young musician and complimented his uncanny talent. Challenging him to a friendly competition, the country singer made a deal with Dimiyr and proposed that the one with the least amount of tips at the end of their battle will be expected to buy a round of drinks.

In an strange twist, Rucker was shy of Dimiyr’s earnings and was ultimately deemed to gift his winning opponent with a cold one! However, viewers noticed that Rucker was intentionally toning down his talent and purposely cracking on notes to conceal his award-winning vocals.

Rucker endured the undercover challenge for a special edition of CBS’ Undercover Boss to discover promising talent in unlikely places. Be sure to watch the encounter below!