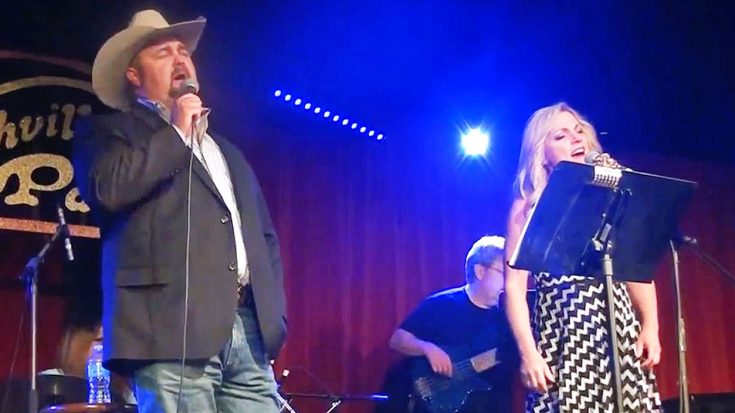 A Country Song With A Life & Legacy All Its Own

Songwriters Norro Wilson and George Richey crafted the song “A Picture of Me (Without You)” with one specific artist in mind. That artist was George Jones, and just as the writers wished, he became the first to ever record the song.

Jones’ recording climbed as high as the fifth spot on the Billboard Hot Country Songs chart following its release in 1972. As the writers had hoped for, the song was the perfect fit for him, and its chart performance proved it.

Decades later, another country artist nearly matched Jones’ success with her cover of the song. That artist was Lorrie Morgan, who released her rendition in 1991, two years after her husband, country singer Keith Whitley, passed away.

Especially through Morgan’s voice, “A Picture of Me (Without You)” comes across as a heartbreak song more so than a love song.

A New Take From Daryle Singletary

But if you listen closely, you can tell that the narrator in the song isn’t without his or her special someone. Instead, they are reflecting on what their world would be like if their sweetheart wasn’t part of it.

For example, one of the lines goes, “If you’ve ever looked up at a sky with no blue, then you’ve seen a picture of me without you.” In other words, the narrator is saying that they would be missing a major part of their “picture” without their special someone in their life.

Daryle Singletary and Rhonda Vincent decided to take a new approach to the song by transforming it into a duet. Their rendition of the song appeared on their 2017 album American Grandstand.

Leading up to the album’s release, the two performed the song at The Nashville Palace, and a fan happened to capture the performance on video.

The two opened by singing the song together and later took turns singing short solos. Through their heart-to-heart exchange, they managed to paint a beautiful portrait of love. Based on the crowd’s reaction, we’d say they were thoroughly enchanted by what they heard.

You can witness Singletary and Vincent’s wonderful performance by tuning in to the video below. It’s so hard for us to believe that this was one of Singletary’s final shows. The picture of country music certainly isn’t the same without him in it…