By Jennifer Pernicano on January 9, 2017
Advertisement 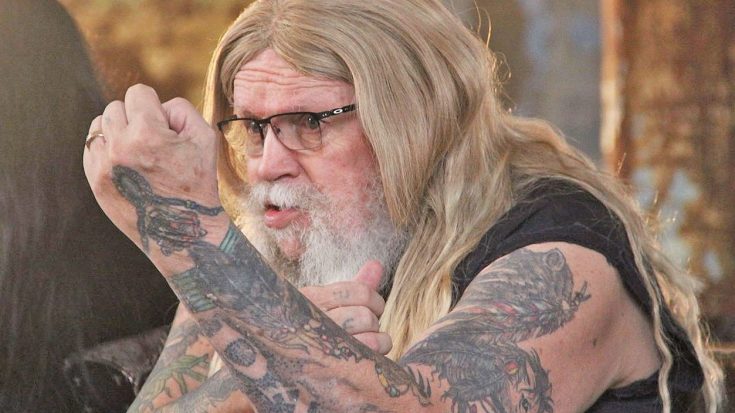 For their 2017 album Baptized in Bourbon, this country-rap duo took a big risk by remaking the legendary Johnny Paycheck song “Take This Job And Shove It.”

Moonshine Bandits, the country-rap duo comprised of Tex and Bird, have previously recorded six albums together, but Baptized in Bourbon, which was released on March 3, 2017 was been their biggest challenge yet.

Having such an iconic song on the record, they wanted to do it right, so they met up with the songwriter himself, the badass country icon David Allan Coe. Not only did Coe approve of their version of the song, but he also sang on it as well. The duo rewrote the second verse to fit their style of music, but Coe sang the chorus.

“Being able to write and record a song with a legend like David Allan Coe will be one of our most memorable moments in our career,” Tex said in a statement, according to Nash Country Daily. “Having David’s approval and earning his respect meant a lot to us.”

Our friend John Harness caught this moment of us sending a snap chat out with our buddy David Allan Coe . Tomorrow, our…

Tex revealed the three men spent some time together before recording and turns out, they’re not all that different.

“When I sat down in his hotel room with my styrofoam cup of Jack Daniels, we shared and compared stories about the road and I soaked in everything he spoke about. We agreed that when it comes to making music, we never followed trends, and we’ve always done things our way,” he said.

The trio filmed the music video for the song at Ohio State Reformatory, which was the third time Coe had ever been there, and his first time without a prison number. The outlaw singer has been famously behind bars many times in his life, but at the age of 77, it was an “odd experience” walking in the abandoned prison, according to Richland Source.

Story Behind The Song

“Take This Job And Shove It” was originally made famous by Johnny Paycheck, but has been covered by many artists, and even developed into a movie in 1981. Now, teaming up with Moonshine Bandits for a remake of a song he wrote so long ago, his career has pretty much come full circle.

“For me, the song was one of the many songs that I can look now and say that it had a life of its own, just like one of your children,” Coe said of the song he penned in 1977.

The video begins with Coe walking through the prison halls singing the lyrics he wrote so many years ago, with Tex and Bird waiting for him in the common room.