By Miranda Raye on February 14, 2017
Advertisement 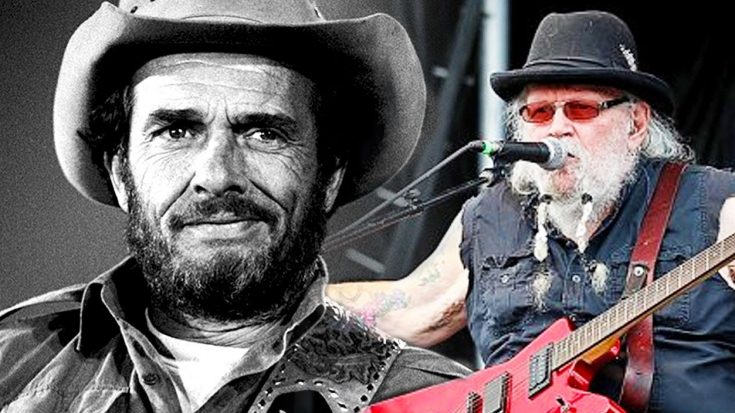 You’d be hard-pressed to find many country songs more iconic than Merle Haggard‘s “Mama Tried.” Haggard served as the sole songwriter on the track, which is semi-autobiographical. It was a huge hit following its release in 1968, and is still considered to be one of his signature songs.

As one of “The Hag’s” most well-known hits, “Mama Tried” has been covered by a wide array of other artists. The Everly Brothers, Joan Baez, and The Grateful Dead are just a select few of the many artists that have offered their take on Haggard’s historic hit.

Out of all of the “Mama Tried” covers that exist, we could never get tired of listening to David Allan Coe‘s. His recording has appeared on multiple albums, including Truckin’ Outlaw and 20 Greatest Hits.

Coe stayed true to the song’s original style in a show of respect to Haggard. Still, he managed to leave his own mark on the song thanks to his clear and powerful vocals.

It was Haggard’s rowdy attitude and outlaw persona that made “Mama Tried” such a success for him. That’s also true in the case of Coe, who has that same outlaw spirit in his bones. No wonder why Coe was able to put forth such true rendition of “Mama Tried,” because all he had to do was be himself.

Tune in to the clip below to hear the audio of Coe singing “Mama Tried.” Let us know what you think when you’re done!

Since Coe did such a fine job singing “Mama Tried,” we’d love to hear him sing some of Haggard’s other songs. Which one do you think he’d sound good on?