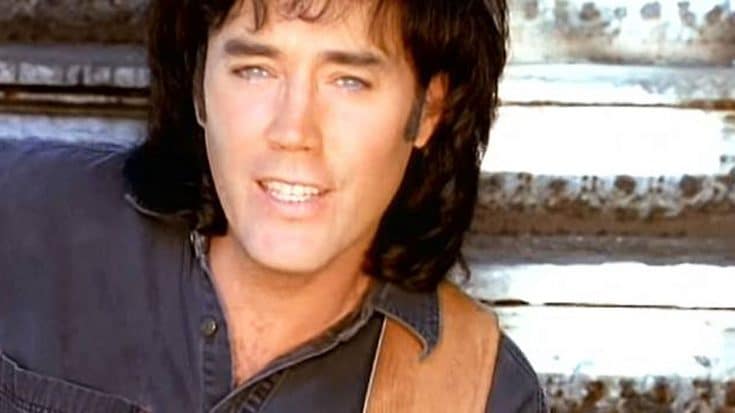 David Lee Murphy’s hit song “Dust On The Bottle” is so infectious, you can’t help but sing along!

From the moment the drums kick the intro up a notch, it’s hard to stand still to this rockin’ country song. By the time time the chorus hits, you will definitely be in full-fledged, sing-into-hairbrush mode.

“Dust on the Bottle” was released in 1995 off Murphy’s album Out with a Bang. It hit Number One on the Billboard Country Singles charts and is Murphy’s only number one hit – that is, until 2017’s “Everything’s Gonna Be Alright” featuring Kenny Chesney.

Murphy was playing guitar at his kitchen table when the song just “came out of nowhere.” The song tells a story of a young man asking his neighbor, Creole Williams, advice about a special someone in his life.

Creole gives him a bottle of his incredible homemade wine then tells him “there might be a little dust on the bottle/But it’s one of those things that gets sweeter with time.”

“Dust On The Bottle” has become a huge hit over the years with many artists covering it in their live sets, including the duo Love and Theft.

Dust On The Bottle tribute by Love and Theft

Take a trip down memory lane and rock out to this hit below!