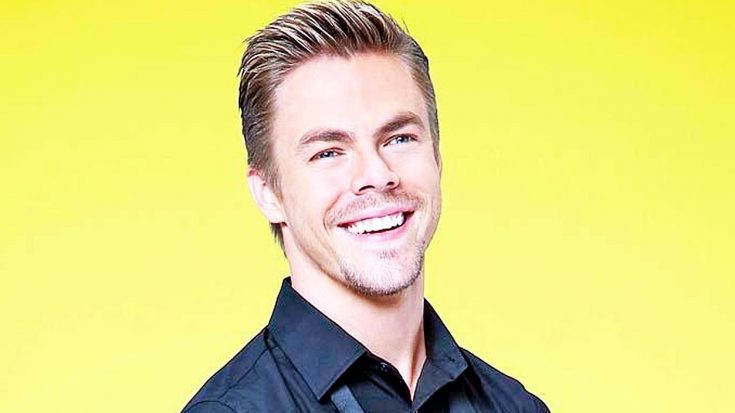 Anyone who knows anything about Derek Hough knows that he is a man of many talents. In addition to being a professional ballroom dancer and six-time winner of Dancing with the Stars, Derek is a singer, songwriter, musician, actor, director and choreographer.

Now it looks like Derek can add the the title of “ninja” to his impressive resume. As revealed on Wednesday (April 5), Derek is going to be one of eight celebrities competing on the celebrity edition of the Emmy-nominated television series, American Ninja Warrior.

The show pushes competitors to the test, as they fight to make their way through a string of complicated obstacle courses. In the show’s eight seasons, only two people have ever been able to conquer the course.

As a dancer, Derek’s strength and flexibility will certainly come in handy on the show. He will also receive specialized training to help prepare him for the course and all of the challenges it will pose.

Derek joins a strong cast of celebrity competitors for this special episode of the series. Just a few of the celebrities that will be competing include Arrow star Stephen Amell, Olympic decathlete Ashton Eaton, and New York Yankees player Nick Swisher.

The celebrity edition of American Ninja Warrior is set to air on May 25 at 8 PM on NBC. We can’t wait to see how far Derek manages to get on the show!

This exciting announcement comes right in the midst of Derek’s Move Beyond Tour with his sister Julianne. The two of them previewed part of their tour on Dancing with the Stars on Monday (April 3) when they performed a dance about their parents’ divorce. Tune in below to watch the beautiful moment unfold.

Best of luck to Derek on American Ninja Warrior and on his tour with Julianne!