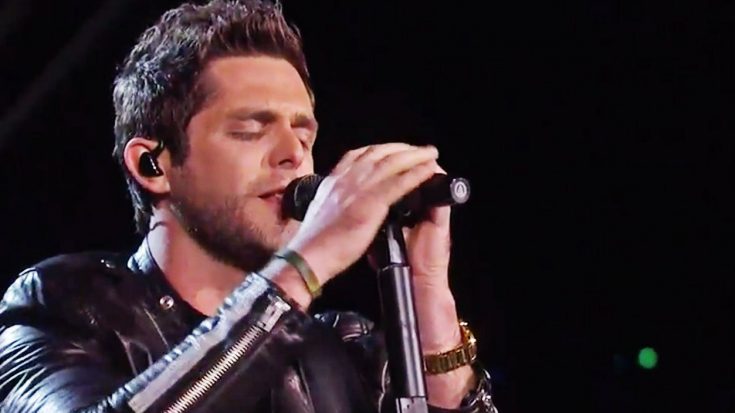 Moments after taking home the highly-coveted award for ‘Single of the Year’, Thomas Rhett brought the entire audience in Bridgestone Arena to tears with a breathtaking performance of his beloved hit.

Already having taken the world by storm and inspired artists from other genres to cover his irresistible hit Thomas Rhett is definitely on a roll with his performance at the 50th Annual CMA Awards!

“Die A Happy Man” quickly went to No. 1 on country radio and sold millions upon millions of copies within a few short months of its release – so it’s no wonder why it took home one of the biggest honors of the year.

As he begins to dazzle and delight the crowd with this love anthem squarely describing his relationship with his beautiful wife Lauren, you can hear him get a tad emotional as he moves through each verse.

Watch this heart-wrenching ballad during the 2016 CMA Awards in the video below!