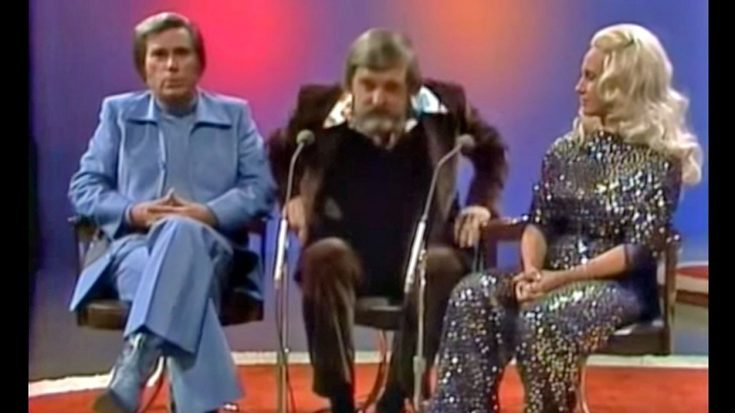 In this rare clip of the two talking shortly after their divorce, things get heated and quite awkward after the host of this 70s television show asks some very peculiar questions.

For decades upon decades, George Jones and Tammy Wynette have been some of the most recognizable names in country music and their unforgettable hit songs are even more popular.

With timeless hits like “He Stopped Loving Her Today” and “Stand By Your Man”, this country music power couple were some of the most talented and well-loved figures in all of Nashville.

At one point, Jones and Wynette were married for just over six years, and most of their marriage was during some of the biggest times in their careers, but ultimately Jones’ struggle with drinking became a large contributor to their divorce.

Sitting down for this seemingly-odd, and rare interview, Jones and Wynette are asked a slew of bizarre questions nearly immediately after the host inquires about their marriage and subsequent divorce.

The host started by asking each country singer if they still got a long and liked each other, which the two stars responded with an almost forced feeling, but that’s not where things got odd.

The interview took a bizarre turn after the host asked each if they still loved one another, and upon them saying the word “yes”, he slid back and made them hold hands while he began to pretend he was performing a wedding ceremony!

Watch this one of a kind look at the divorced couple in an interview from the late 1970s.