By Jennifer Pernicano on June 19, 2017
Advertisement 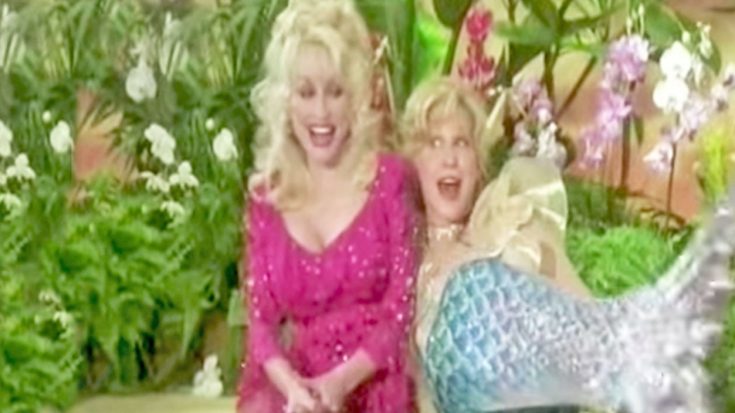 In 2000, Bette Midler became the star of her own sitcom, titled Bette, which was a loose interpretation of her life. She played a version of herself as the show focused around her personal life in her elegant Los Angeles-based home with her husband, Roy, and their 13-year-old daughter, Rose.

During the series, the fictional Bette won a Grammy, recorded a new album, attended awards shows, made guest starring roles on JAG and Family Law, and starred in a Halloween TV special with country singer Dolly Parton, who was a longtime friend of the Bette character, but also a close friend in real life.

During the special, they sang Parton’s hit song “Islands In The Stream”, which she originally recorded with Kenny Rogers. Bette was wearing a mermaid tail, and Parton was holding a fishing pole.

Midler’s character was extremely over-the-top and performed different dance moves. At one point, Midler begins fanning Parton with her tail, and Parton’s reaction is priceless! Funny hijinks aside, their duet was extremely good. Their voices sounded incredible together and the harmonies were to die for!

There’s a moment at the end that made us laugh out loud, but we won’t spoil the surprise for you. Watch their hysterical performance below.