Dolly Parton & Don Henley Duet On “When I Stop Dreaming”

By Manly Bryant on September 16, 2015
Advertisement 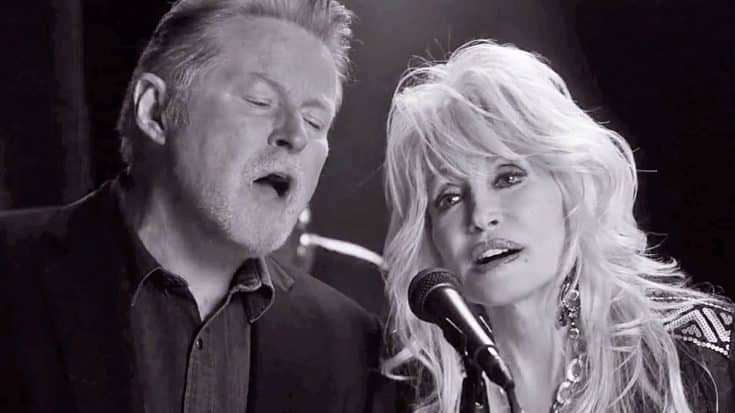 Dolly Parton and Eagles Frontman Don Henley bring harmony to a whole new heartbreaking level with their rendition of the Louvin Brothers’ “When I Stop Dreaming.”

The duet between the two music icons is a heart-stopping listen. The raw emotions can be felt in every lyric sang, proving just how talented the two artists truly are.

“When I Stop Dreaming” was originally recorded by the Louvin Brothers in 1955. This isn’t the first time the hit song has been covered though. George Jones, Tammy Wynette, Glen Campbell and Johnny Cash – to name a few – have also recorded their own renditions. It’s not the only tune on Henley’s Cass Country album that features a well-known country singer. Miranda Lambert, Merle Haggard, and Martina McBride also make guest appearances.

It’s truly a bittersweet tune that tells the story of longing for the one you love, knowing you’ll never be able to forget about them. Being able to portray such genuine feelings doesn’t come easy, but Henley and Parton succeed.

Henley spoke with USA Today about working with the country legend:

“I think we had about two or three takes with Dolly. She comes in and goes, ‘I know this song; I used to do it with Porter (Wagoner).’ She sings it once, and she goes, ‘Mmm, it’s in a pretty high key for me. I guess I’ll just have to rare back and get it.’ And, boy, she did. What a voice that girl has, coming out of such a small person.”

The performance, as heart-wrenching as it is, is also stunningly beautiful. Henley’s classic vocals, mixed with Parton’s feminine country twang, really is a feast for the ears. The music video, shot in black and white, casts a sorrowful and intimate veil over their romantic performance.

If Henley was looking for a way to make a mark in the world of country music, he definitely paved the way with this incredible duet.