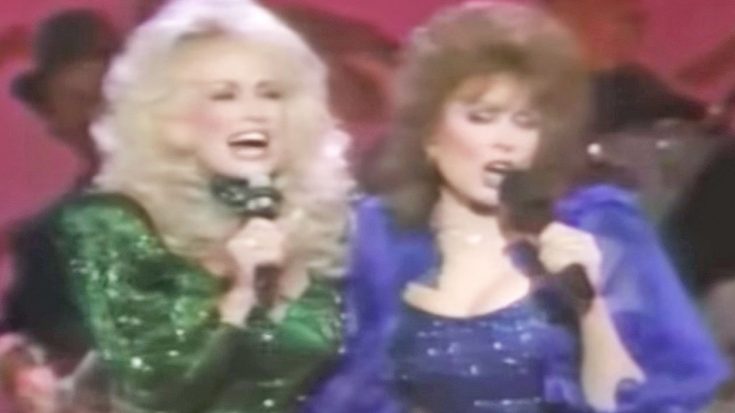 While Dolly Parton is iconically known for her music and appearances in various films and musicals, the blonde bombshell was also the host of her very own television show! Titled The Dolly Show, Parton treated her viewers to endless laughs and riveting performances, one particular episode leaving a legendary mark on those tuning in when the great Loretta Lynn paid a visit. Parton and Lynn both graced the stage in outrageously stunning gowns as they chatted and laughed with one another.

Parton praised Lynn for her music, as Parton reveals that Lynn personally wrote a good majority of her songs, and asks the icon if she would mind singing the audience a tune. However, Parton had compiled what she believed to be the greatest of Lynn’s hits, creating a nostalgic medley that the two gals shared their talent with the audience!

Nailing the hits, the girls performed duets to songs like “Coal Miner’s Daughter“, “You Ain’t Woman Enough (To Take My Man)” and “Don’t Come Home A Drinkin’“. Laughing and clearly have the time of the lives, these icons gave their audience an unforgettable performance filled with quality music and good laughs!