Dolly Parton Releases Full-Length Trailer For ‘Christmas Of Many Colors’ 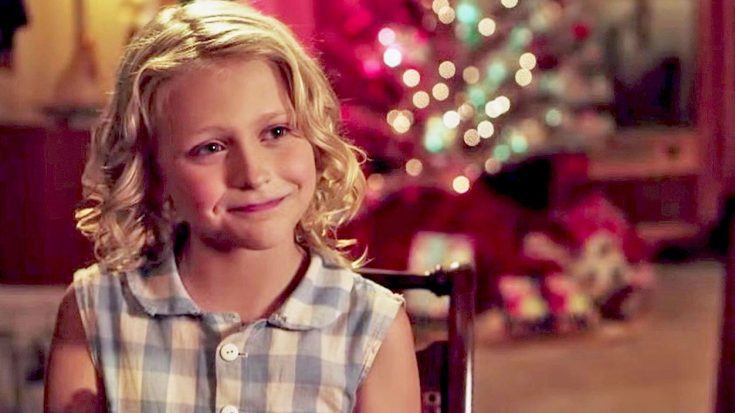 Last year, Dolly Parton established herself as a beloved part of many households’ Christmas celebrations. Her television movie, Coat of Many Colors, was released just in time for Christmas on December 10, 2015.

Although Coat of Many Colors was heavily centered on the subject of faith, it did not deal with the Christmas season in the plot. Despite this, Dolly’s touching film reigned supreme on television during a period that is typically dominated by traditional Christmas cartoons.

This Christmas season, Dolly is back with another story about her childhood, and this one does center around the holiday season. While there are many subplots in the film, the main one revolves around her father Robert’s quest to buy her mother Avie Lee the wedding ring he could never afford to give her.

On November 7, Dolly offered the first sneak peek into the film when she released a short teaser trailer about it. The teaser shows Parton’s father taking off to the coal mines to earn money to pay for his family’s Christmas, while Parton’s mother frets over his safety.

Then on Friday (November 18), Parton followed up with a longer trailer that dives a bit more into the story. This trailer shows just how heartbroken Avie Lee was when Robert left, telling her father that she didn’t know what to do without him at home.

“Without him I am just scared all the time,” Avie says as she sits next to her father on a church pew.

But Avie’s father, who is also a pastor, tells her he knows she will be alright because, “God gives us a way to face anything.”

Another heartwarming moment in the trailer shows Dolly herself as the “Painted Lady.” When young Dolly tells the Painted Lady that her daddy could come home if only she were able to buy the wedding ring herself, the Painted Lady gives her some of her own money.

We can already tell that Christmas of Many Colors is going to be just as good as the first film! Go ahead and watch the new trailer in the video below.