Dolly Parton Releases Heartwarming Trailer For ‘Christmas Of Many Colors’ 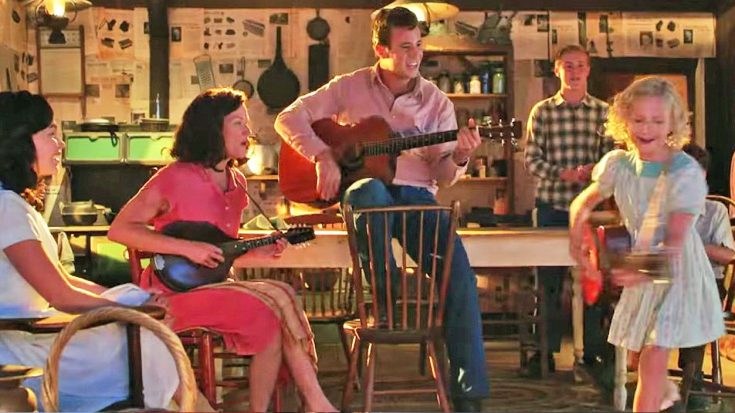 Months ago, Dolly Parton announced that her beloved television movie Coat of Many Colors was getting a holiday-themed sequel. Nearly 16 million viewers tuned in to watch the first movie, which broke the record for the most-watched film on television in almost seven years.

Since there was so much enthusiasm surrounding the first movie, people have been anxious to hear more about its sequel. Called Christmas of Many Colors: Circle of Love, the film is due for release on Wednesday, November 30.

Like the first movie, this one is inspired by stories and events in Parton’s life. This one will center on Parton’s father’s quest to buy her mother the wedding band he could never afford to give her. At the same time, the film will also cover an unexpected blizzard and a special person who discovers Parton’s talent for singing.

After much anticipation, Parton finally released a short trailer for the sequel on Monday (November 7). The trailer reintroduces us to the Parton family as they prepare to celebrate Christmas.

Knowing that he doesn’t have enough money, Parton’s father, Robert, takes off to the mines to give his wife and children the Christmas he feels they deserve. The trailer leaves viewers wondering if Robert will be able to make it home in time for Christmas, until the final clip shows him reuniting with his family.

Parton also makes an appearance in the trailer, since she plays the “painted lady” in the film.  See Parton and the Christmas of Many Colors cast in the heartwarming trailer below.

We can’t wait for when we finally get to see the whole film! How about you?