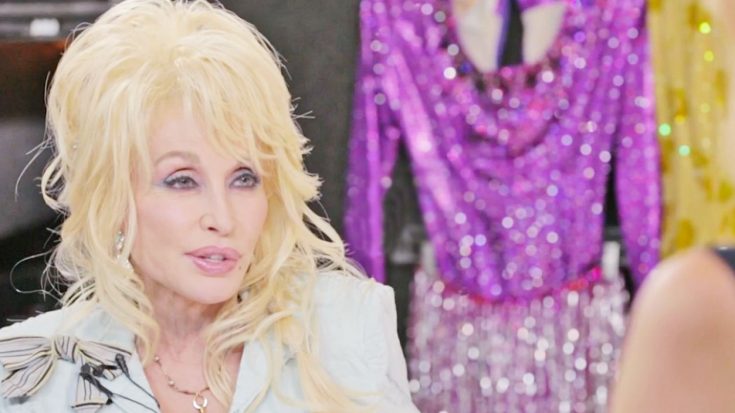 She has been in the public eye for over the vast majority of her life, reaching a status of iconic in the five decades of her continuously thriving career. Now worth an estimated $500 million, Dolly Parton has created an empire on the foundation of her name.

Parton grew up drastically different from the rhinestone-studded life she leads today, growing up in a two bedroom cabin alongside her 11 brothers and sisters with no electricity and no indoor plumbing. So how did the country singer exactly go from rags to riches?

“It is called the music business. My dad told me that when I left home,” shared Parton in an interview with CNN. “He said ‘Don’t you let people steal your money. You pay attention to your own things.'”

And that is exactly what she did. As soon as she could she started her own publishing company and later her own record label. The singer goes on to share that they key to success is becoming in control of your own work as soon as you can. The business woman made herself a brand, before anyone knew what exactly that meant.

The country singer says she got her business sense from her father, whom she says was an excellent horse trader and barter. Parton owns her own amusement park, Dollywood, along with a water park, dinner theaters, publishing and production companies, all of which she manages with mass amounts of integrity.

“Dolly is different onstage,” shared close business partner to Parton. “When you’re doing business with her, that’s when the gloves come off and the nails come out…She’s tough.”

You can watch the powerful interview in the video below.