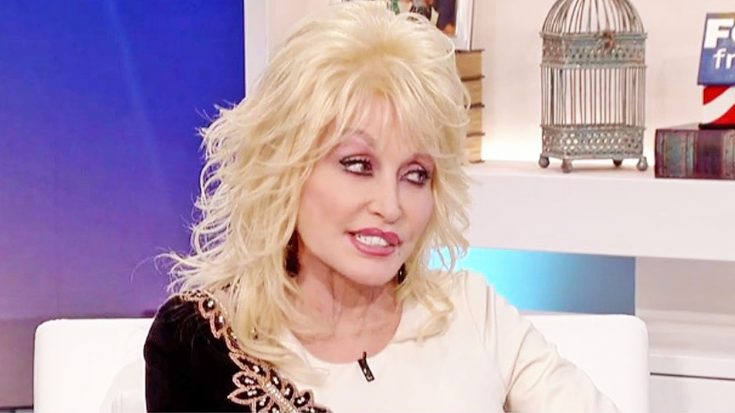 Dolly Parton and her husband, Carl Dean, have been married for over 50 years. However, those who don’t know a whole bunch about Parton’s personal life probably have no idea about her marriage.

The reason why some may be clueless about Parton’s marital status is because Dean has never been in the spotlight with her.

He does not attend awards shows, concerts, or any other events that Parton takes part in. Rather, he prefers to spend time with his wife at their home in Tennessee, or while traveling on the road in their RV.

To top it all off, Parton and Dean have only been photographed together a small number of times since they were married.

Although they are hardly ever seen together, Parton often brings him up in interviews, telling Parade in 2015:

Why Aren’t They Seen In Public?

Even though Parton is happy to talk about her husband whenever she is asked, she has never tried to drag him along to any of her events or other commitments.

During an interview with Fox & Friends about her children’s album I Believe in You, Parton shared the true reason why she has kept her relationship with Dean under wraps for all of this time.

Parton said that when Dean married her, he wasn’t choosing to live a life full of fame and fortune. After all, Parton had just signed a record deal when she married Dean during a tiny ceremony in Georgia.

Neither of them had any idea that she would one day go on to become a global phenomenon.

The Reason Behind The Secrecy

Since Dean didn’t sign up for a fame-filled life, Parton has always tried to be respectful of him. She explained that is why she has decided to keep her marriage as private as possible.

“I’ve kept [my marriage] very personal and sacred and I try to keep my husband out of the business,” she said. “That’s not what he chose to do, he just happened to love me and I love him enough to not expose him to it.“

What do you think of what Parton had to say about her marriage? We have to respect her for protecting her husband’s privacy like she does!

You can hear Dolly share just a few more details about her elusive husband by tuning in to the clip below.