By Jennifer Pernicano on February 7, 2017
Advertisement 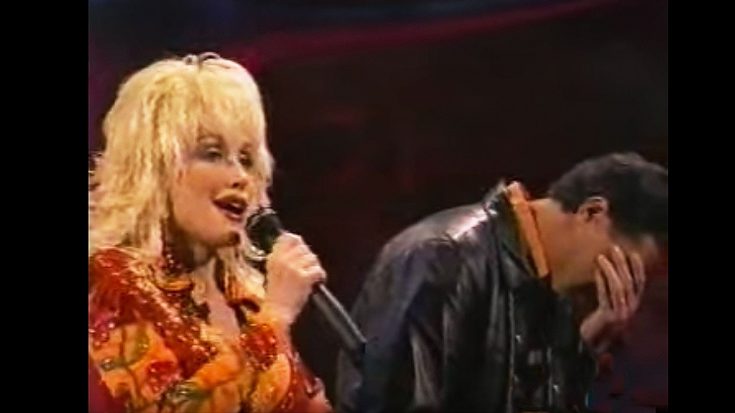 Country music legends Dolly Parton and Vince Gill joined forced with country super star Keith Urban during a benefit concert at The Country Music Museum and Hall of Fame, treating guests to a remarkable performance of a country classic.

Parton opened up their performance by confessing her admiration for fellow performer Gill, admitting to the audience that, years and years back, she often wondered if the singer felt lonely seeing that he was so far from home. “I wrote him a note one time, and I said, ‘Well, call on me if you need me. I can be your other mother, your other lover, or the sister you never wanted.’ Of course, I never hear back from him on it,” she laughed.

After a few impromptu jokes directed at her crowd and various outspoken crowd members, Parton introduced their following performance as they gradually transitioned into a chilling rendition of George Jones’ “He Stopped Loving Her Today”.

The audience was speechless as Parton’s sensational vocals carried the incredibly moving lyrics, singing, “He kept her picture on his wall/ Went half crazy now and then/ He still loved her through it all/ Hoping she’d come back again.”

As the song continued, Urban and Gill joined the singer, accompanying her vocals throughout the chorus and haunting lyrics, “You know she came to see him one last time/ Oh and we all wondered if she would/ And it kept running through my mind/ This time he’s over her for good.”

Listen to this inspiring performance below and tell us what you thought.