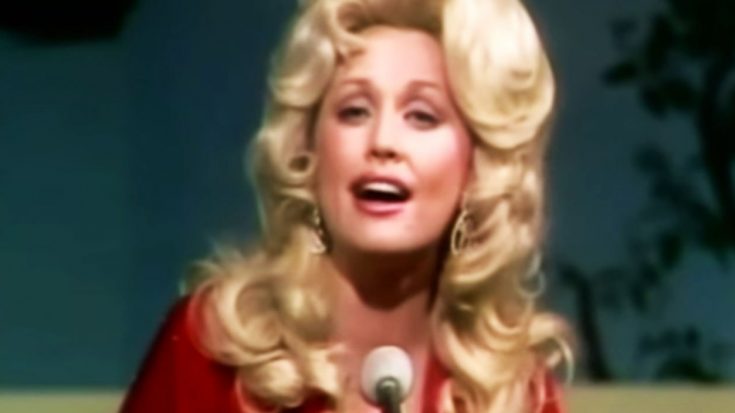 She truly found the key to success with chart-topping hits like her timeless melody, “Here You Come Again” and never looked back!

Dolly Parton became one of the world’s beloved country music legends through a dazzling number of million-selling hits, raging chart-toppers, and her bubbly personality!

First released in 1977 from her 19th studio album, “Here You Come Again” took the world by storm, remaining at the top of the charts for five weeks and earning now-legendary Parton her very first Grammy Award.

It was from this massive success of a song that her already-big career got even bigger! It wasn’t long after the release of this song that Parton would delight the world yet again with “9 to 5” as she appeared in the 1980 film of the same name.

On November 29, 1980, Dolly Parton released the single ‘9 to 5’ from the film of the same name and her album ‘9 to 5 and Odd Jobs’. It would reach number one on the Billboard Hot 100, receive an Academy Award nomination and would win two Grammys. #DollyParton #9to5 #1980s pic.twitter.com/ng4heNAfls

This timeless classic left its mark upon the world in more ways than anyone could count and truly opened new doors for the effervescent Dolly Parton.

Watch her dazzling live performance of “Here You Come Again” in the video below!