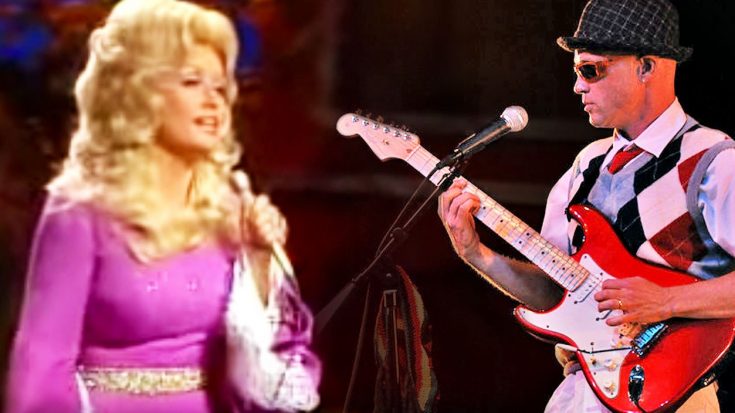 Everyone loves to hear this timeless country hit, and this brand new take on the song is a head-banging remix that will leave you speechless.

Originally released in  1973, Dolly Parton‘s now-legendary single, “Jolene” soared across the charts, earning it a No. 1 spot in multiple countries and selling millions of copies, to date. With such a huge fanbase, the song quickly became one of her signature songs and is a tune that she plays at performances everywhere she goes.

The track, which is often considered a country music staple, has been covered by a seemingly-endless number of artists throughout all genres, but this new take on the hit comes from the death metal genre – and we think this might be a first for “Jolene”.

Andy Rehfeldt is a composer, songwriter, and musician based in Los Angeles and has grown quite a following on social media and YouTube by arranging and recording shockingly good covers of classic songs (like “Jolene”) but with a face-melting death metal twist!

In his re-creation of Dolly’s classic hit, he brings vocalist Sera Hatchett from Mercy Brown onto the track for a death metal vibe that will surely go unrivaled!

If you’ve ever wondered what Dolly Parton’s “Jolene” would sound like as sung by a death metal band, then this is the answer you’ve been looking for.

Watch the video below for this performance that will melt your face off!