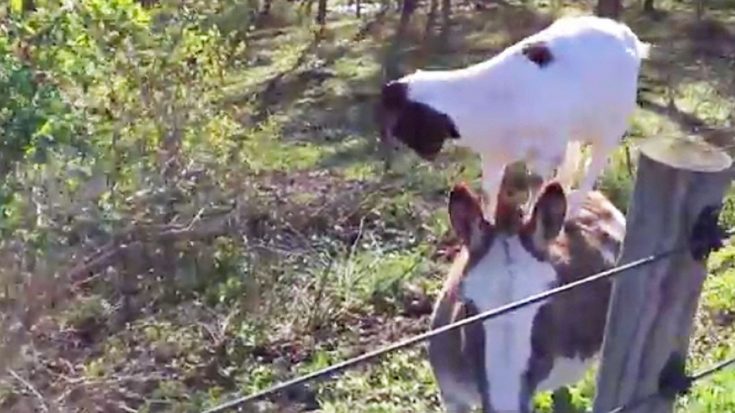 One friendly donkey gave his farm friend an extra leg up to enjoy a leafy snack on a beautiful summer day! A very hungry goat was having a bit of trouble reaching the leaves on a neighboring bush, prompting the following act that absolutely blew away viewers of the unbelievable clip.

As the donkey held his body every so steadily, the goat hopped aboard the animals back and held his balance before leaning in and beginning to nibble on the leaves that were previously out of reach. “Sometimes you just can’t reach,” explained the man calmly recording the hilarious moment!

Giggles were heard in the background as the goat momentarily lost his balance, although delving right back into his meal after quickly regaining his composure. Once finished with his leafy greens, the goat hopped off his pal and continued on in search of delicacies closer to the ground.

You can watch this adorable clip below and be sure to tell us what you thought!