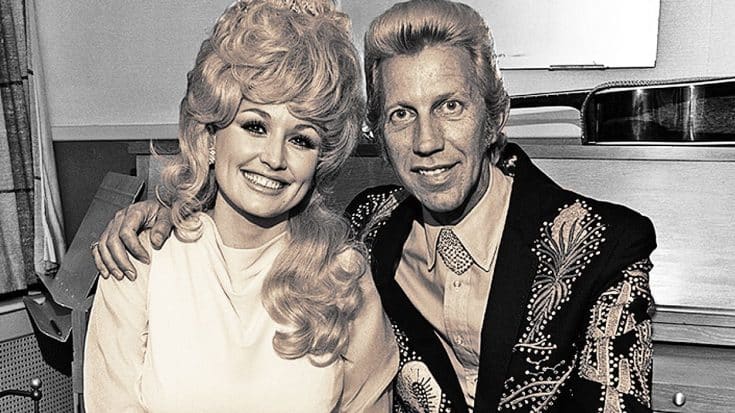 Comedy Central’s hysterical show “Drunk History” is something every person needs to see.

The show gets their hosts a little drunk and then ask them to describe important moments in history. Some episodes have covered the birth of Mickey Mouse, Lewis and Clark, Billy the Kid, The Watergate Scandal, the Scopes Monkey Trial, the Battle of Alamo and many more.

In this episode of “Drunk History“, the host tells the story of Dolly Parton and Porter Wagoner.

Parton famously appeared on Wagoner’s show from 1966-1974. They sang many duets together and even recorded a duet album.

When Parton decided it was her time to go solo, she wrote the song “I Will Always Love You” about her professional split with Wagoner. He insisted on producing the record, which went on to become one of the most iconic songs ever written.

Years later, Wagoner sued Parton for breach of contract. The two were on bad terms for many years but reconciled in the late 1980s. She was also at his bedside just hours before his death in 2007.

“Drunk History” gets the facts right about their relationship, but some of the details are a little fuzzy, albeit hilarious.

As their website states, “booze helps bring out the truth. It’s just that sometimes the truth is a little incoherent.”