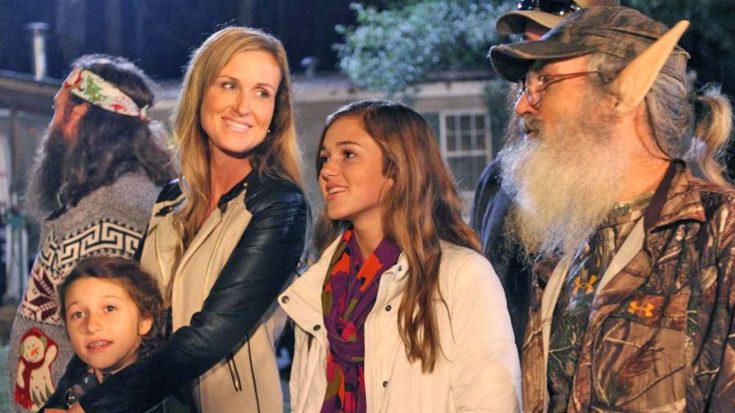 For their 2013 Christmas album Duck the Halls, the ever-growing Robertson family sang your favorite Christmas carols, as well as a couple original tunes.

They surprised the world with their unknown singing talent and have us begging for more. Now that Duck Dynasty is coming to an end, maybe they will have time to record another album together!

One of our favorite songs on the album is “Silent Night” because it features every Robertson family member from 4-year-old River (Jep & Jessica’s son), to 68-year-old Uncle Si.

Missy started the song solo for the first two verses. The Robertson kids sang the third verse, which brought all the parents to tears every time, according to Missy.

The entire family joined in for the fourth verse, where they beautifully sang in 4-part harmony.

Listen to their touching rendition below.