By Jennifer Pernicano on May 29, 2015
Advertisement 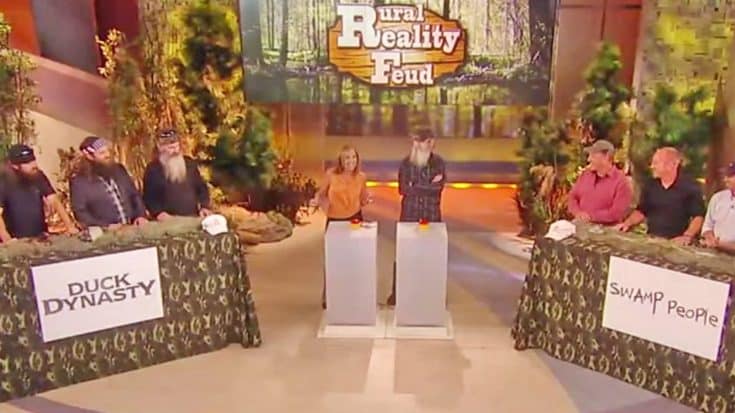 It’s the battle of the century. Duck vs. Gator!

The men of Duck Dynasty went on the Katie Couric Show with the men of the popular show Swamp People and duked it out. Uncle Si served as co-host and resident confused person.

The next couple categories chosen were Gulf Coast States and Kardashian Family. Watch the hilarious video below to see who won the game and who had to wear a customized baseball hat.