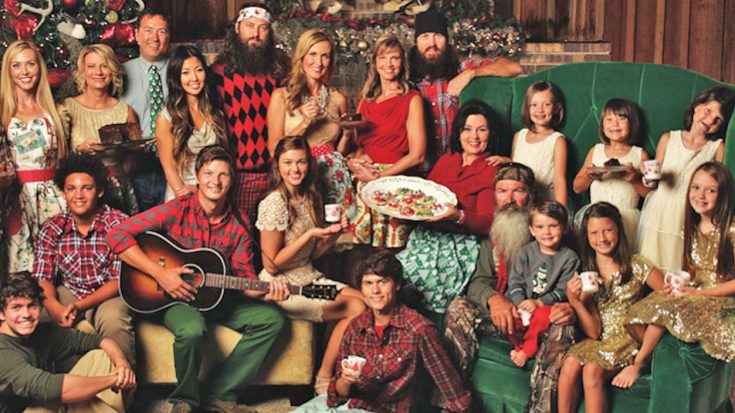 This song is pretty much perfect for the Duck Dynasty kids to sing because their dads already have Santa Claus-esque beards!

Singing the Buck Owens hit “Santa Looked A Lot Like Daddy”, the kids of the hit A&E show including Jep and Jessica’s kids Lily, Merritt, Priscilla, and River, and Willie and Korie’s daughter Bella, sang the chorus of the hilarious song.

Willie also helped sing on the track from the Robertson family’s 2013 Christmas album Duck the Halls. His son, Little Will, and Jase’s daughter, Mia, each had solos.

The song is about a child waking up in the middle of the night to see Santa Claus, but he didn’t look exactly how they pictured! He was thinner, walked in through the front door, hugged their mom, and looked a lot like their dad.

This might have been something any of these kids have done on Christmas Eve, since all their dads have long beards, just like Santa!

Listen to the fun song below!