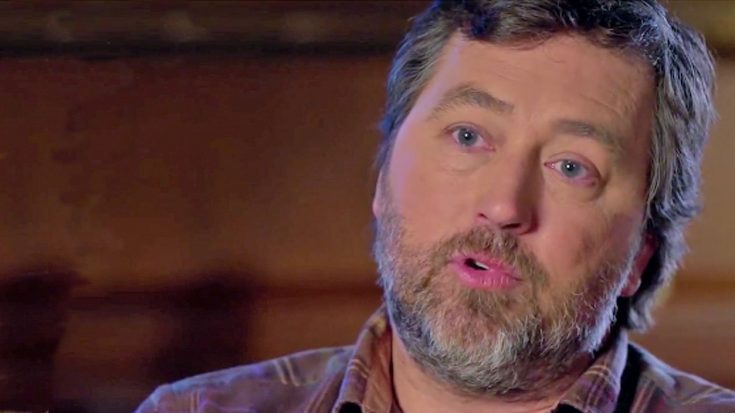 Fans of Duck Dynasty will recognize Alan Robertson as the “Beardless Brother” to Willie, Jase, and Jep. He is the pastor at their local church and the eldest of the Robertson brothers. He and his wife, Lisa, have made several appearances on the family’s show, most notably to renew Phil and Miss Kay’s vows.

From the outside looking in, Alan and Lisa had a picture perfect marriage. He worked at the church and she stayed home to raise their children, but apparently it wasn’t perfect at all.

In an interview with The 700 Club, Alan and Lisa described what their early years of marriage looked like. They were married very young and had two children right away. Alan was still living his life very independently, or “as a single man”, he put it. Lisa began feeling lonely and when an old flame contacted her out of the blue, she began talking to him several nights a week. Those talks turned into meetings and those meetings turned into a 14 month affair.

Lisa believes that she fell into this pattern because of some horrific things that have happened to her in the past.

“I think it was just the darkness that I had never really gotten rid of being sexually molested as a child, so I thought, from that point forward, ‘this is what I’m supposed to be. I’m supposed to be a pleaser of men,'” she said. “Of course, that’s messed up thinking, but that’s what happens whenever, at an early age, something so detrimental happens in your life.”

After 14 months, she knew she needed to stop the relationship and get out of thinking the way she was. She turned to God and wanted forgiveness, but knew the only way out was to tell her husband the truth, which she never could do because she didn’t want to hurt Alan.

“I had enough information that I was ready to confront her,” Alan told The 700 Club. “I wanted Lisa to tell the truth. Finally, when she told the truth, my first feeling was not anger, was not resentment. It was relief. All of a sudden the truth was out there.”

He asked her to leave, but didn’t know what the future would hold. When she did, she turned to religion. She joined a women’s Bible study, but still didn’t feel completely connected to the word, until she decided to be baptized.

“I put it all out there on the line. I took that shame and I laid all of it at the foot of the cross and Christ took it,” she said.

Not too long after her baptism and newfound Christianity, Alan forgave her. He saw that she was confiding in God for the right reasons, aside from just being the pastor’s wife.

“We had a vow renewal…it was just the two of us. We got new rings and then we started our life, again, as husband and wife,” Alan said.

“I’ve done a lot of things in my life that are shameful, but that shame does not define me. What defines me is forgiveness and grace and just being the woman that I need to be: a Christian and godly wife, woman grandmother, and friend.”

Now that they are on television and have the opportunity to write books and tell their story to the masses, they feel grateful for the things they’ve experienced together because it’s made their relationship today that much stronger.

This ‘Duck Dynasty’ Star Lived a Life of Adultery

Duck Dynasty on A&E star Lisa Robertson was a pastor’s wife, but truly lived the life of a Christian impostor. See how she transformed her life and the role that her husband Alan played in healing their marriage.
You can experience God's love and forgiveness in your marriage too: http://share.cbn.com/4qiq1