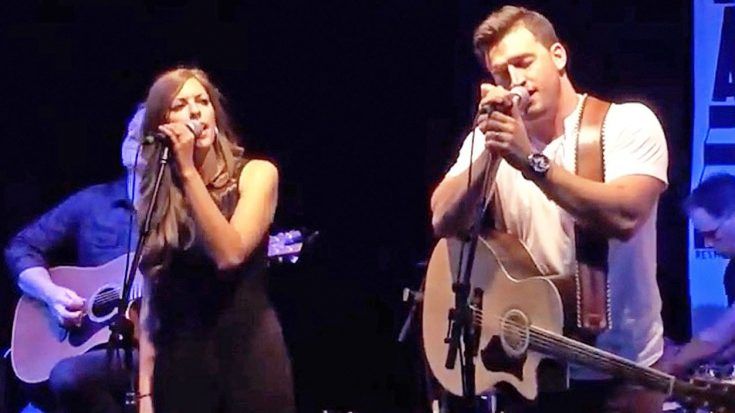 In all of music history, few songs have inspired as many people as Lynyrd Skynyrd‘s “Simple Man.” Even those who don’t consider themselves fans of Skynyrd’s music have heard and enjoyed “Simple Man” plenty of times before.

Since “Simple Man” is so universal, it is a popular song to cover. Some people choose to stay true to Skynyrd’s original style, while others mimic Shinedown’s well-known cover. Then there’s those who offer a completely new take on the song, like the country group Laughlin.

Husband and wife Zach and Allison Laughlin ended up forming their group when they were attending the University of Georgia. They both sing lead vocals, and Zach also plays guitar.

While they brand themselves as a country group, Laughlin draws influence from multiple genres, including pop, folk, and apparently a little bit of Southern rock. The band’s website states that they got their start by singing cover songs in college bars, and they continue to sing covers today.

But it’s Zach and Allison’s harmonies that make this cover stand out. Zach sings lead throughout most of the song, but Allison jumps in every now and then to back him up with her soaring vocals. Their voices blend perfectly, resulting in some breathtaking harmonies that will likely give you chills.

We have to congratulate this talented young couple on a job well done! You can watch their cover in the video below.

If you like what you hear from Laughlin in this cover, be sure to show them some love by checking out the other videos on their YouTube channel here!