Eddie & Troy Look Shocked When A Celebrity Delivers Their Pizza 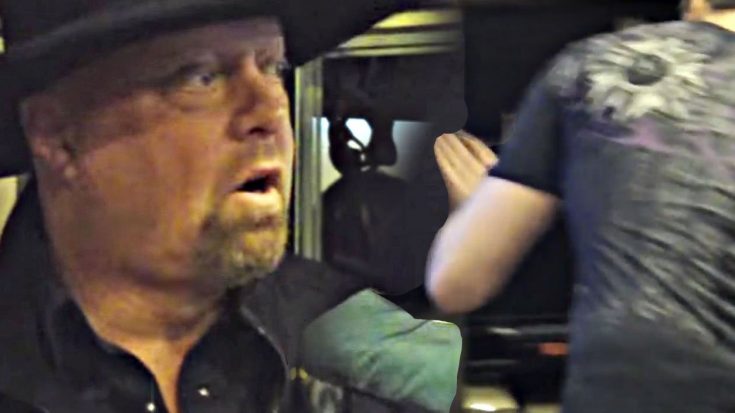 Traveling all over the country sure makes one of the world’s biggest country duos hungry, and that’s exactly what happened to Montgomery Gentry during one of their concert stops in 2012.

Following a show, Eddie and Troy were just hanging out in the bus with the band and their friends when they decided to call a local pizza place for dinner.

Telling the deliveryman that their location was the “Montgomery Gentry bus” may have tipped off the order taker to call in a special favor.

In just a few short (and starving) minutes, they heard a knock at the door of their decked-out tour bus, but nobody on board was expecting what happened next.

Once he opened the door, Troy washed over with an utter look of surprise on his face – and so did Eddie!

Who was delivering their evening meal? None other than ‘Papa John’ Schnatter, himself!

Meeting everyone on the bus, they began talking about Montgomery Gentry’s time on the stage and more while handing out hot and delicious pieces of pizza.

Watch the full video below for this incredible moment with one of country’s most iconic duos!