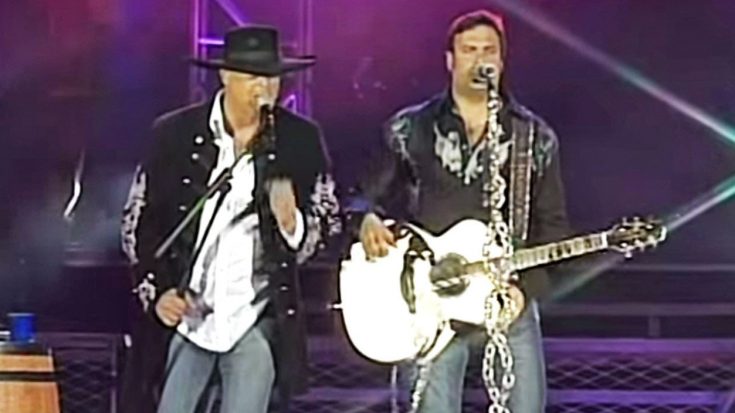 This duo claps back in this powerful, raging anthem that points the finger at someone who’s running from their own emotions.

One of country music’s most-loved and well-known duos, Montgomery Gentry, was always a pair of guys committed to their family, faith, and their country – something that nearly every song of theirs represents. In this classic track from their lengthy careers on the country charts, they tell a story that most anyone can relate to.

“Your Tears Are Comin'” is an upbeat, powerhouse jam that has the narrator reminding his cheating ex that she can’t run from the problems, saying “you can’t just hurt someone and not feel a thing / those sunny days are numbered / your tears are coming”.

Pulled from their fifth studio album, Some People Change, this awesome song fits right in with their hard-rocking Southern vibe, which is likely why it’s always been a crowd favorite!

The song moves from expressing the singer’s faults and owning up to his side of issues, to calling out his former lover for the wrongdoing that she caused, reminding her that while she’s smiling now, “Your tears are coming / like a hot Georgia rain” and throwing sharp barbs like “the world ain’t flat baby in case you’re wonderin’/ what goes around comes around, your tears are coming”.

Watch this incredible throwback video of Eddie and Troy performing “Your Tears Are Comin'” from their 2008 Gilford, New Hampshire concert below!