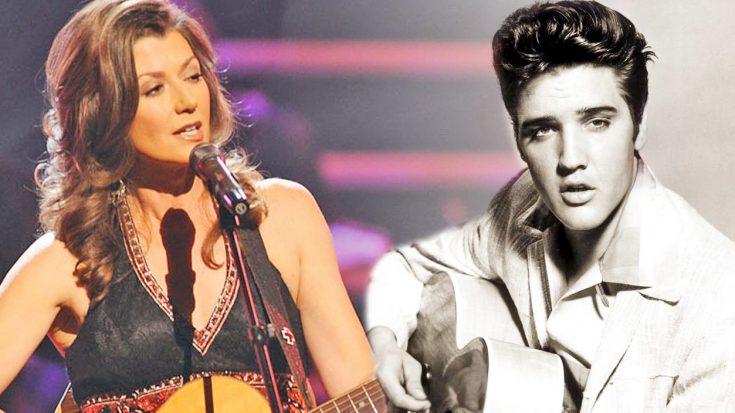 Elvis Presley and Amy Grant will enchant you with a dazzling duet of “White Christmas.”

Made possible by high-tech digital engineering, the vocal stylings of Grant were intertwined with that of the King making for a flawless rendition of the classic Christmas tune. The song was kicked off with bluesy delivery of the lyrics before Grant chimes in approximately a minute through, harmonizing along with Presley in a magical fashion.

The duet is off the 2008 holiday album, Christmas Duets, featuring some of the biggest names in country music singing along with Presley to classic Christmas songs.

Presley’s original recording of “White Christmas” was released in 1957 apart of the Elvis Christmas Album, the best-selling holiday album ever released in the United States.

You can listen to the song in the video below!