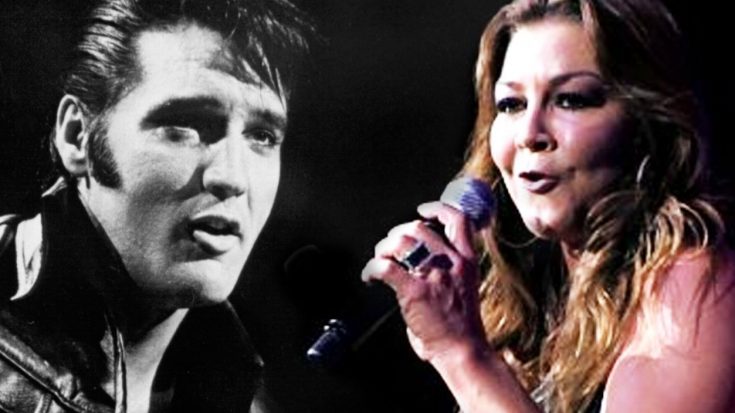 Hearing this classic artist with one of the biggest names in current music is a huge miracle for all of us!

With the advancements in today’s technology, producers and engineers can bring some of the world’s biggest talent together for a duet that many of us thought would never have been possible – and that’s exactly what happened for this delightful Christmas song!

Elvis Presley, a man known worldwide for his timeless and heart-stopping hit music, passed away in 1977, but left behind such a massive catalog of recordings that an entirely new album was crafted featuring duets with new artists!

The record, Christmas Duets, debuted in 2008 and featured 13 dazzling duets with new artists and combined them with stunning archived vocal recordings of Presley with an entirely re-recorded instrumentation.

One of these iconic duets features the ‘Redneck Woman’, Gretchen Wilson, herself in a remarkable digital duet of the beloved Christmas song, “Merry Christmas Baby”.

This cherished song is one of many that have long been enjoyed by families everywhere during the holidays and now you’re able to hear two of the biggest stars in music sing together on a track that many thought would have been impossible!

Check out Elvis Presley and Gretchen Wilson’s duet below!